This map shows the largest immigration inflows by country of origin to the Nordic countries, specifically inflows which exceeded an annual average of 3000 people from a single country of origin during the period 2010-2016.

The size of the arrows equates to the size of the flow of migrants from the country of origin to the destination country. The colour of the arrows represents the destination country. Red arrows show the major immigrant flows to Denmark; blue to Finland; green to Norway; and yellow to Sweden. Only average annual inflows greater than 3000 people are included. The Nordic countries are shown as dark grey, while all other countries of origin are shown in light grey.

The Faroe Islands, Greenland and Iceland had no average annual inflows exceeding 3000 people from a single country of origin, largely due to their relatively small populations.

Average annual flows above 3000 people by country of origin 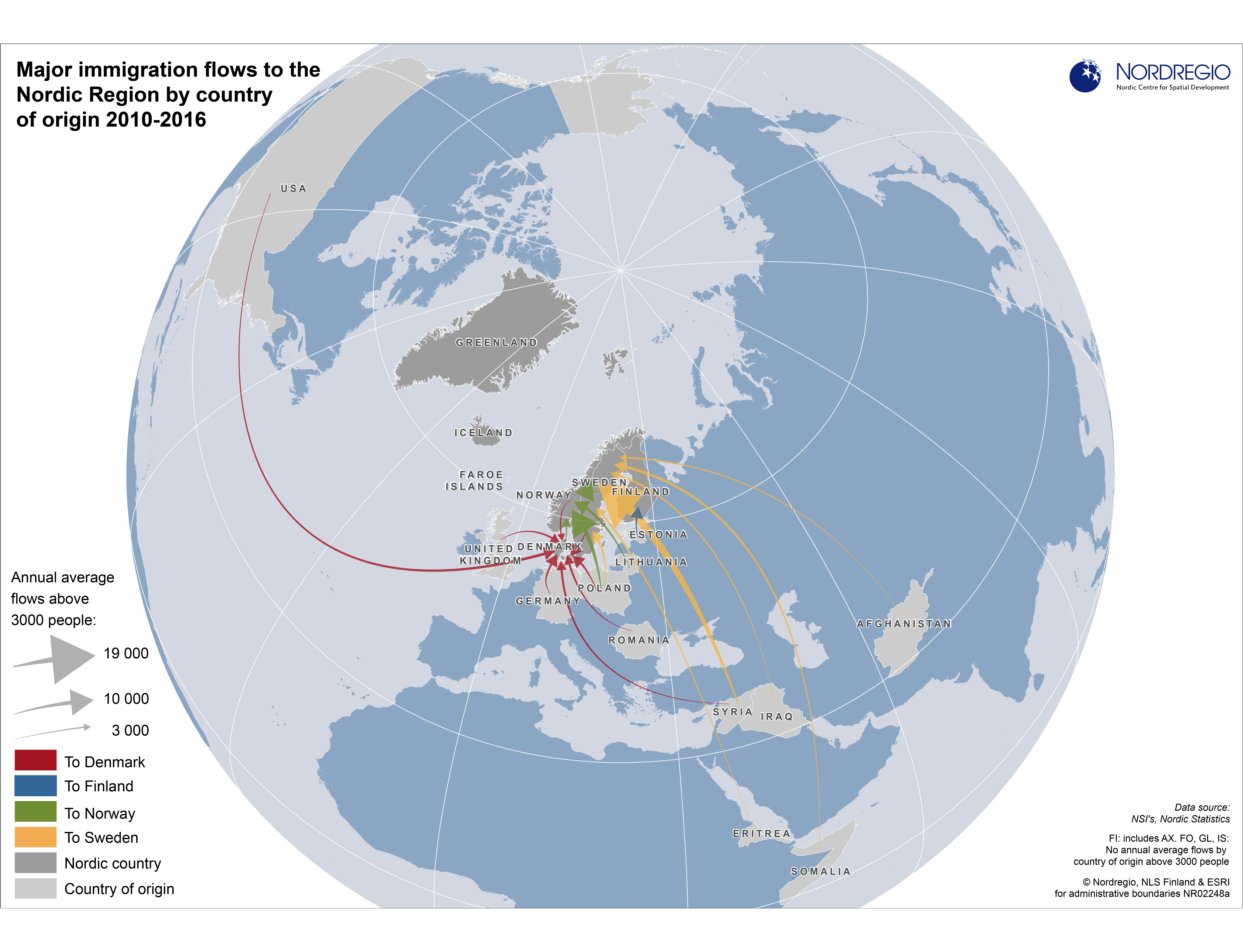 The map shows some clear spatial patterns regarding the dominant countries of origin of migrants and the size of inflows to each of the Nordic countries. Finland had only one average annual inflow of over 3000 people during the measured period, namely from Estonia. Compared to the other Nordic countries, Sweden had by far the largest immigrant flows, with average annual arrivals of nearly 19 000 immigrants from Syria, around 5000 from both Somalia and Poland, about 4000 from Iraq and Eritrea, and circa 3000 from Afghanistan, India, China and Iran. For Norway, inflows above 3000 people were all from nearby countries: Sweden, Lithuania, Denmark, and Poland. Inflows from Poland were particularly high – an annual average of almost 11 000 people. Although Denmark experienced a similar number of inflows above 3000 people, these inflows were smaller and more evenly distributed than in Norway and Sweden. The largest inflows were around 5000 people and included migrants from the U.S., Sweden, Germany and Poland.