The size of the arrows equates to the size of the flow of migrants from the country of origin to Norway. Only average annual inflows of more than 1000 people are included in the map. Nordic countries are shown as dark grey in the map, while all other countries of origin are shown in light grey. 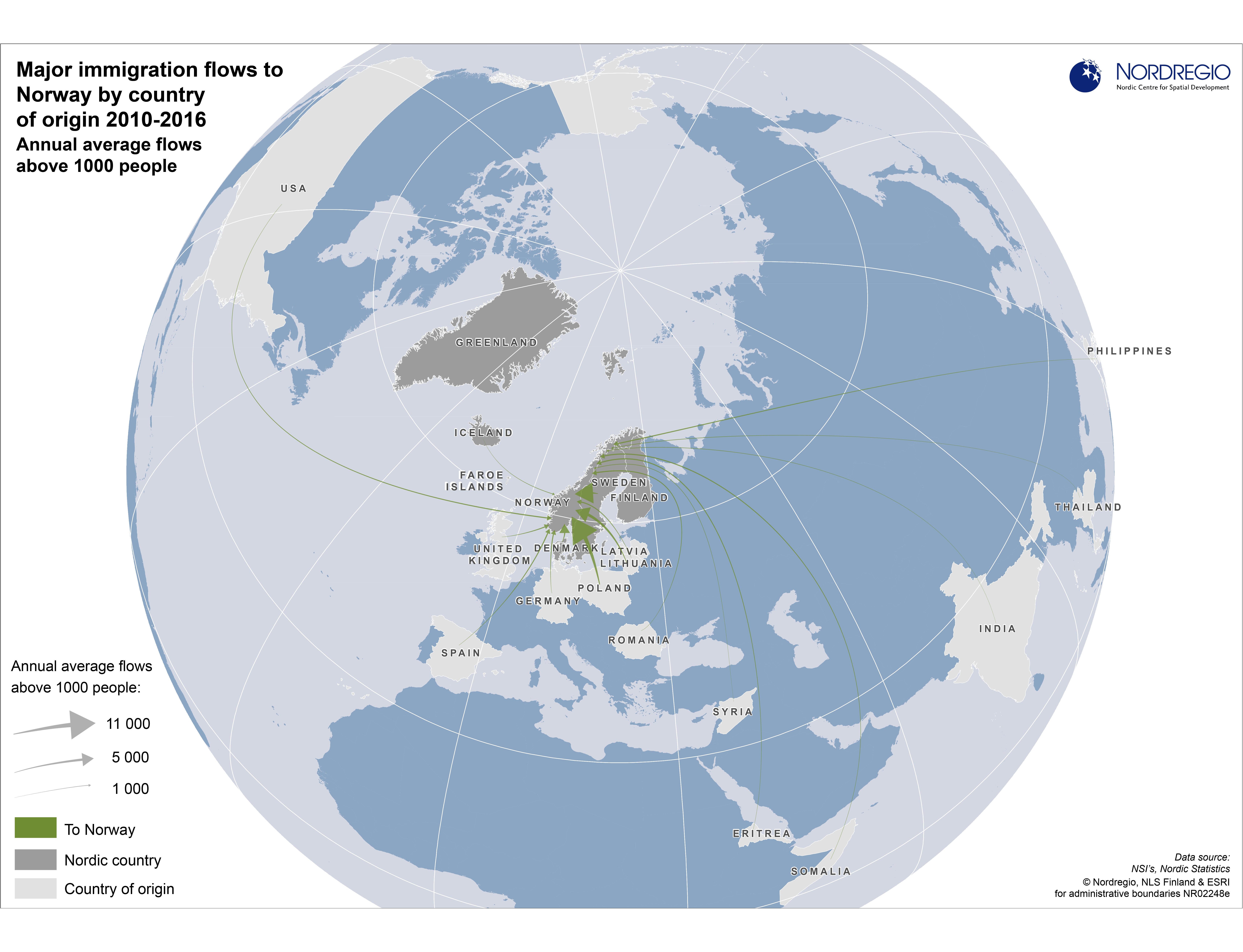 During the measured period, the largest average annual inflows to Norway were from nearby countries: Sweden, Lithuania, Denmark, and, most notably, Poland (annual average of almost 11 000 people). This specific pattern for Norway can largely be explained by the rich job opportunities that have existed in in the country over the past decade.