This map shows the largest immigration inflows by country of origin to the Faroe Islands, Greenland and Iceland, specifically inflows which exceed an annual average of 1000 people from a single country of origin during the period 2010-2016.

The size of the arrows equates to the size of the flow of migrants from the country of origin to the Faroe Islands, Greenland or Iceland. The colour of the arrows represents the Nordic destination country. Orange arrows show the major immigrant flow to Greenland; brown to the Faroe Islands; and dark blue to Iceland. Only average annual flows greater than 1000 people are included in the map. Nordic countries are shown as dark grey, while all other countries of origin are shown in light grey.

Major immigration flows to the Faroe Islands, Greenland and Iceland 2010-2016 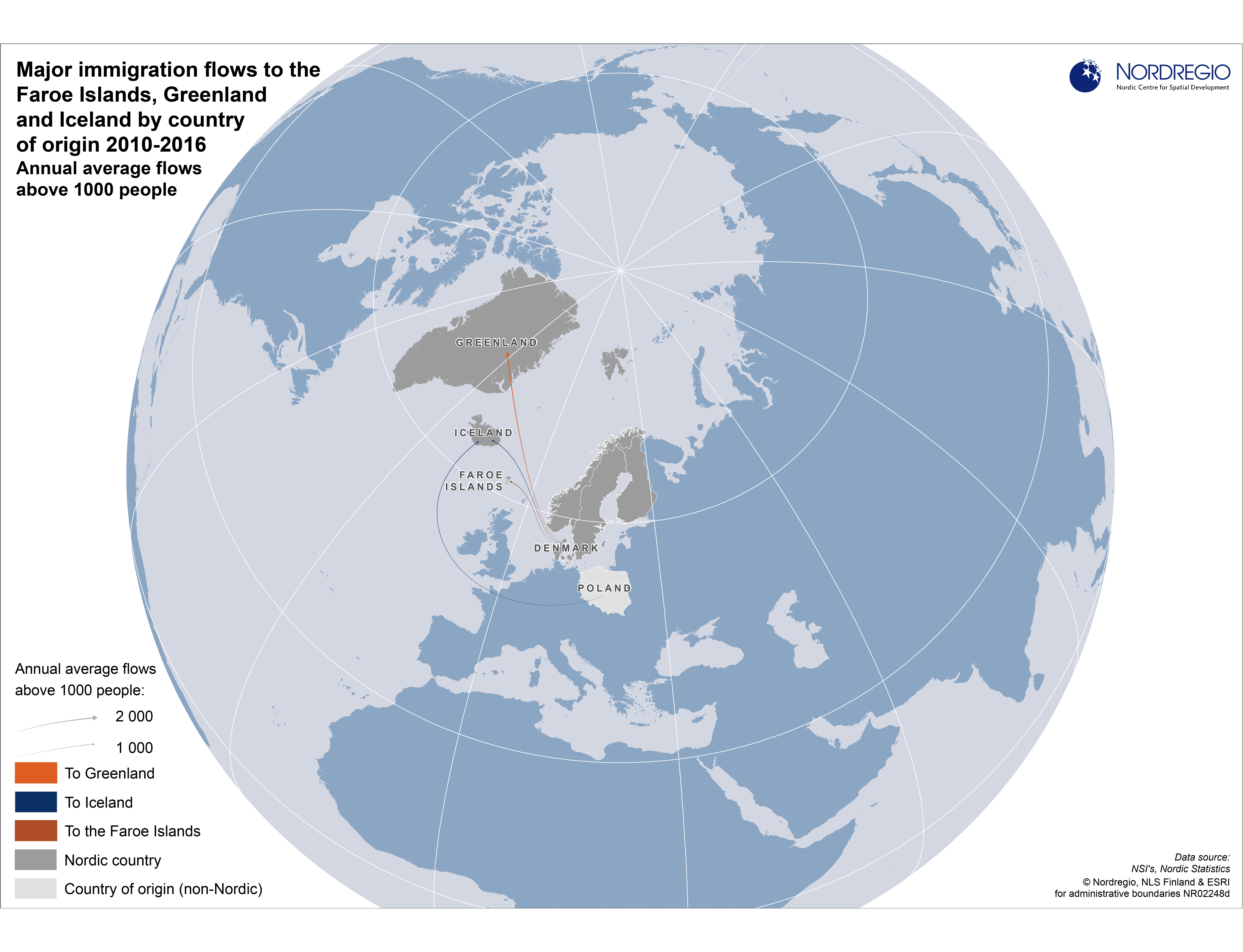