The size of the arrows equates to the size of the flow of migrants from the country of origin to Finland. Only average annual inflows of more than 1000 people are included in the map. Nordic countries are shown as dark grey, while all other countries of origin are shown in light grey. 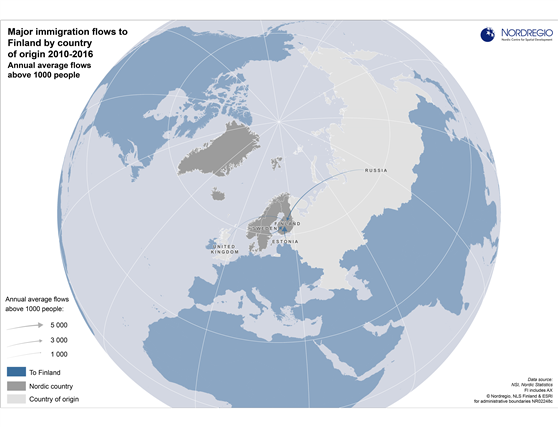 Finland had only four inflows exceeding annual averages of 1000 people during the measured period. The inflow from Estonia was by far the largest, an annual average of around 5000 people, flowed by inflows from Sweden and Russia (just under 3000), and the United Kingdom (around 1000).