The size of the arrows equates to the size of the flow of migrants from the country of origin to Sweden. Only average annual inflows of more than 1000 people are included in the map. Nordic countries are shown as dark grey, while all other countries of origin are shown in light grey. 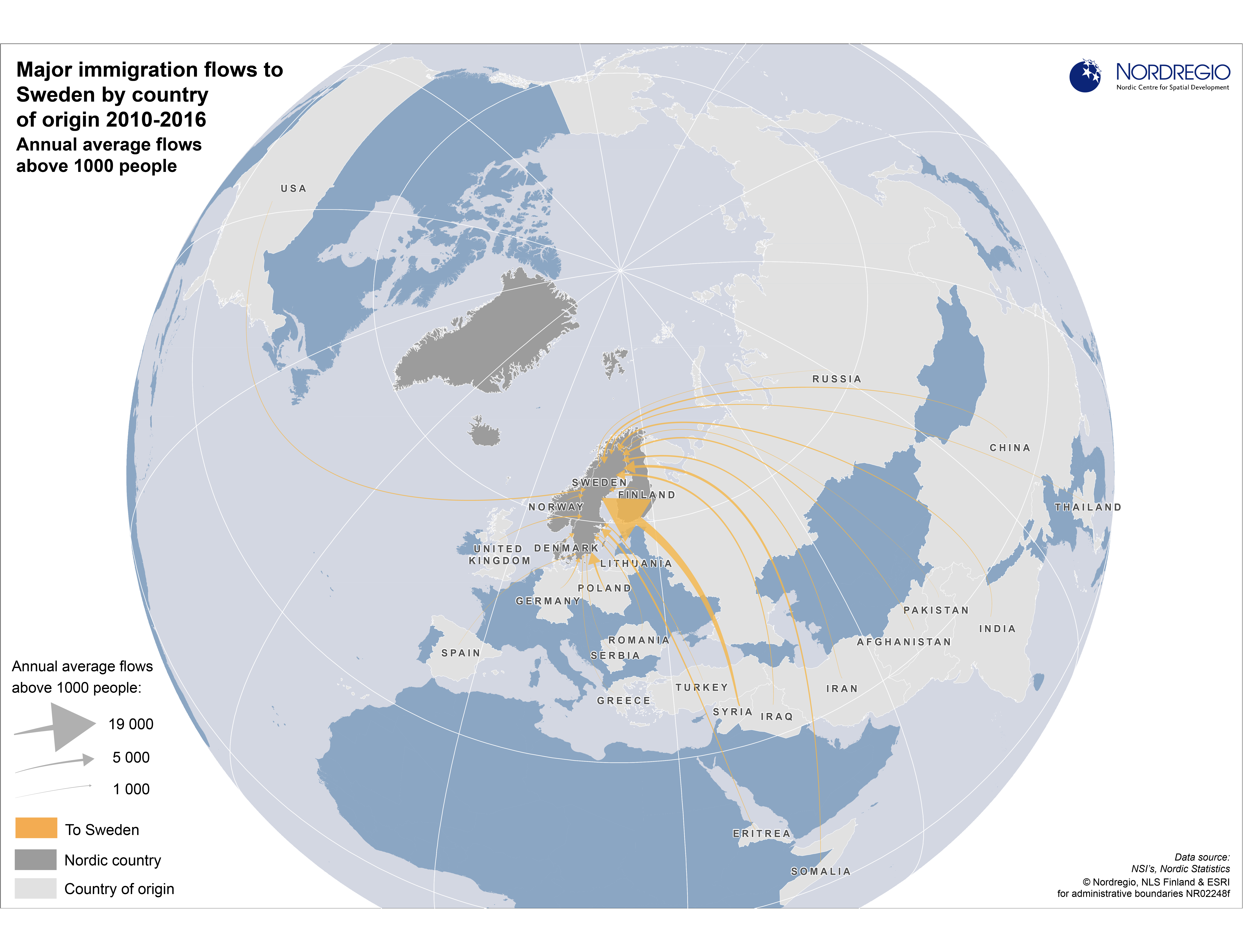 During the measured period, Sweden had by far had the largest immigrant flows compared to of all the other Nordic countries – Denmark, Finland, Iceland and Norway. An annual average of nearly 19 000 immigrants came from Syria, around 5000 from both Somalia and Poland, about 4000 from Iraq and Eritrea, and circa 3000 each from Afghanistan, India, China and Iran. Many of the largest immigration flows to Sweden originated from countries in East Africa, the Middle-East, and mainland Asia. Alongside the large inflows from Poland, Sweden also experienced large inflows from its other European neighbours: Finland, Germany, Denmark and Norway (over 2000 people at the annual average).