In some regards, a high naturalisation rate is understood as a sign of faster integration, although there are several methodological aspects to consider regarding this indicator.

Acquisition of citizenship per 100 residents with foreign citizenship 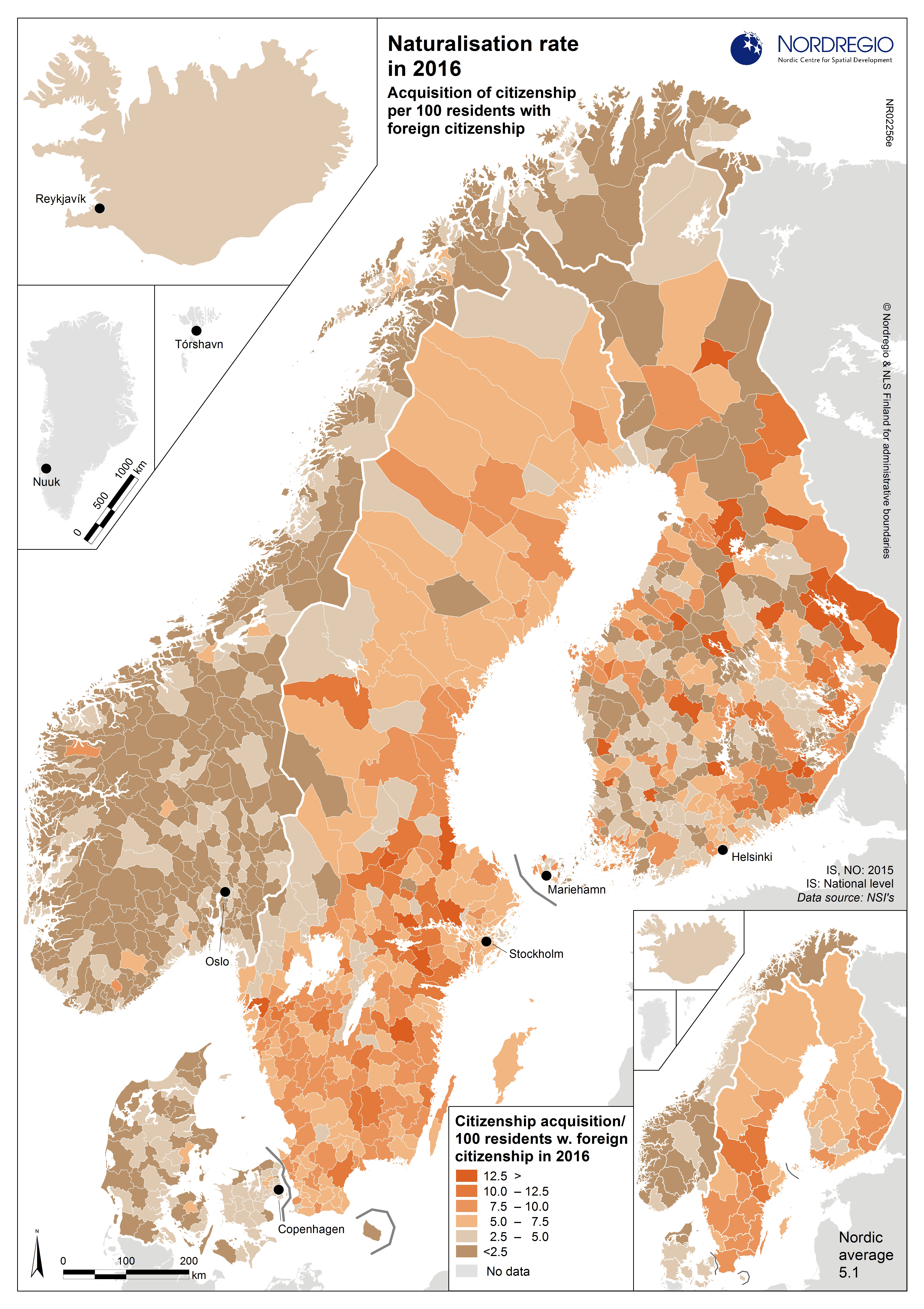