Municipalities with the highest number of unaccompanied minors per 1000 inhabitants are generally those which are rural in character, have small populations and host Refugee Accommodation Centres. For example, Hyllerstad, Ibestad and Vestre Slidre (Norway); Sorsele, Åsele and Bjurholm (Sweden), Ærø (Danmark) and Pertunmaa (Finland), all have more than ten unaccompanied minors per 1000 inhabitants.

The map in Swedish: Ensamkommande barn och ungdomar per 1000 invånare 2015 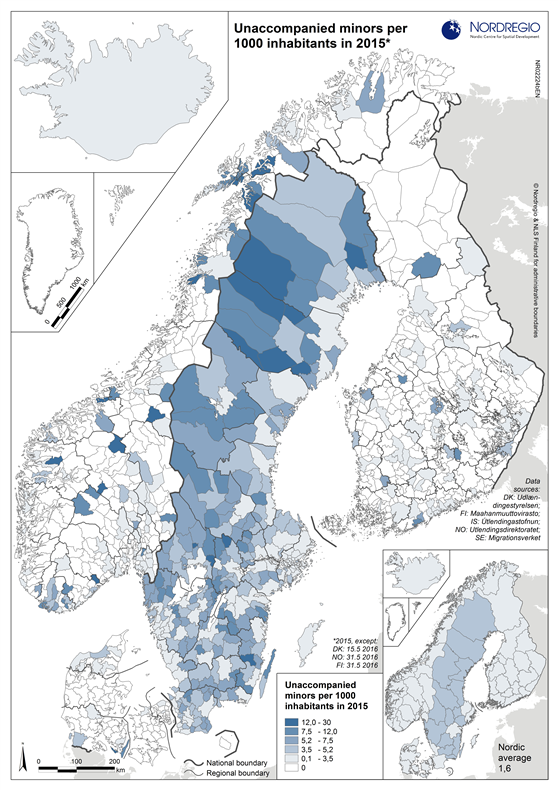