Following Afghanistan, the most common countries of origin were Eritrea, Syria, Iraq and Somalia. Eleven percent of unaccompanied minors arriving in the Nordic Region in 2015 came from Syria. Unaccompanied minors from Syria, made up the largest share of the national total in Denmark (28 percent), and the smallest in Finland (1 percent).

Unaccompanied minors according to country of origin in 2015 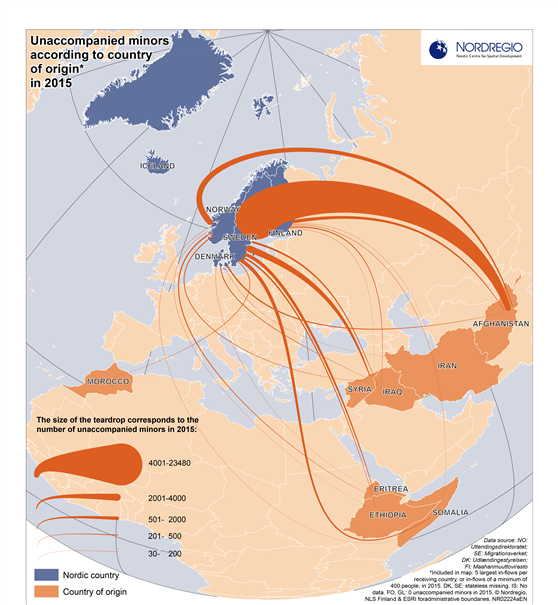