Foreign-born inhabitants as a share of total population in 2016

While the share of foreign-born people in the population is a good indicator of overall immigration, it is less useful when it comes to studying refugee populations. This is largely because these statistics do not include information about the countries of origin of the foreign-born population.

There are also differences between countries in the way “foreign born” is defined. In Finland, Denmark and Norway, children born in a foreign country who have two parents who are not foreign born are excluded from the statistics. Although this category is quite small it results in a slightly higher statistical share of foreign-born inhabitants in the other countries. 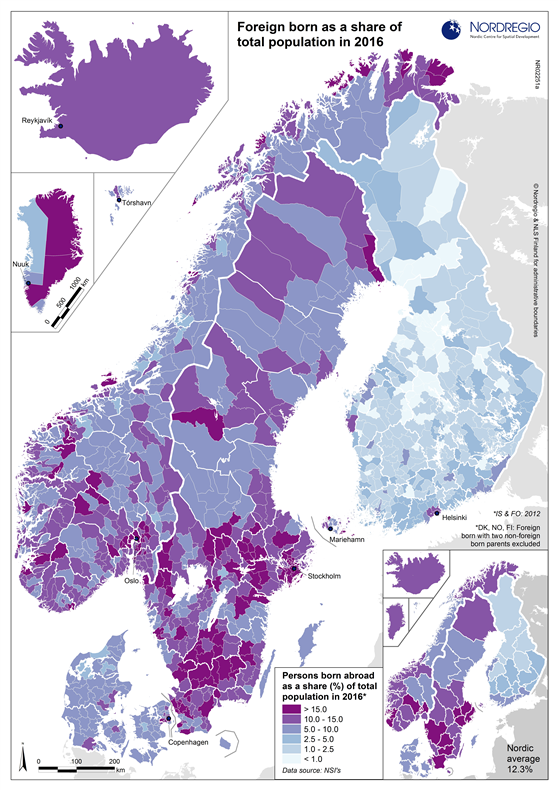