This map shows the share of foreign nationals in the context of the total population size in Nordic regions in 2016.

At a national level, foreign citizens made up, on average, 7.6% of the populations of the Nordic countries in 2016, with Norway having the highest share (10%) and Greenland the lowest (2%). Of the seven regions with the highest shares of foreign nationals in their populations, four were populous capital regions (or, in the case of Norway, a region adjacent to the capital): Oslo and Akershus (Norway), Hovedstaden (Sweden) and Stockholms län (Sweden). The other three were all Norwegian regions: Rogaland, Buskerud and Finnmark. Conversely, with the exception of Greenland (1.9%), the seven regions with the lowest shares of foreign nationals in their populations were all in Finland. 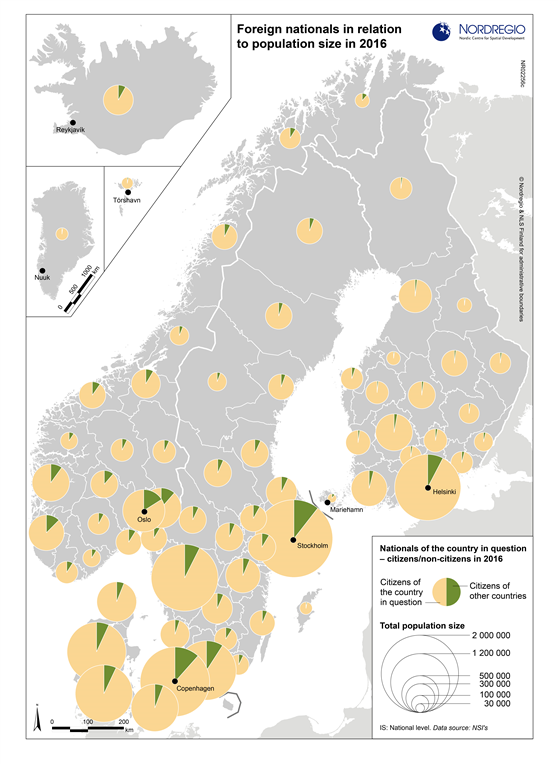