Data source
Nordregio’s calculations based on NSIs, Vinnumálastofnun and Eurostat

Although there are several rural municipalities with high employment rates, the majority of jobs in the Nordic Region are concentrated in the largest labour market regions. 34% of the total Nordic labour force work in the capital city labour markets while a further 20% work in those associated with second-tier cities. The trend also suggests that the bigger cities are growing at the expense of the rural areas. 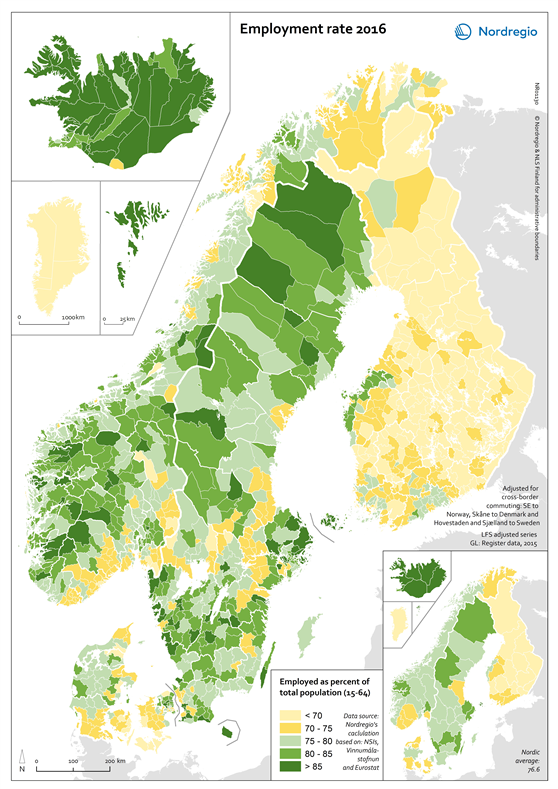