The map shows the employment rate for all Nordic municipalities and regions in 2020. 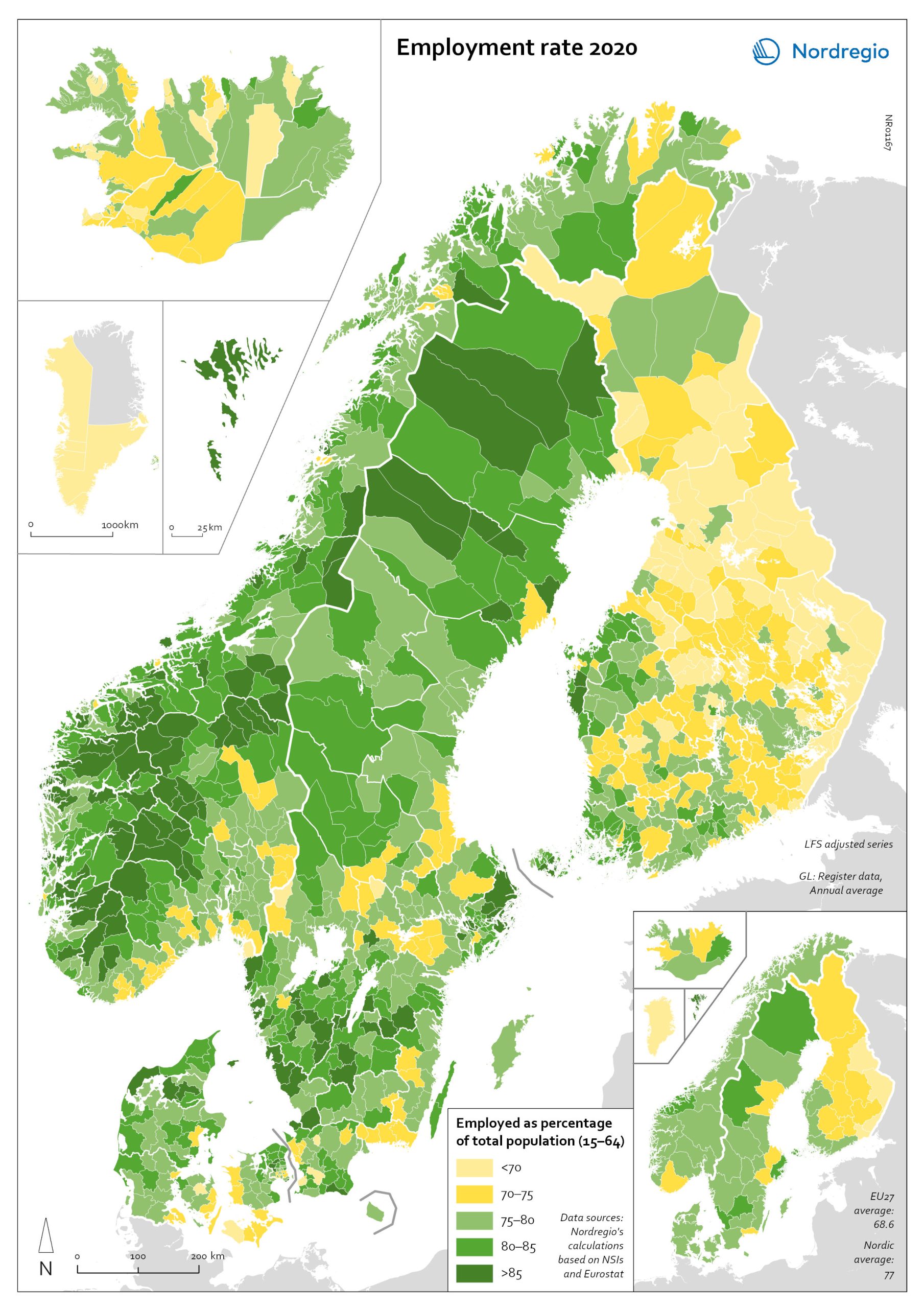