Data sources: Nordregio’s calculation based on NSIs and Eurostat

The map shows a typology, combining two indicators to display income disparities between and within municipalities. 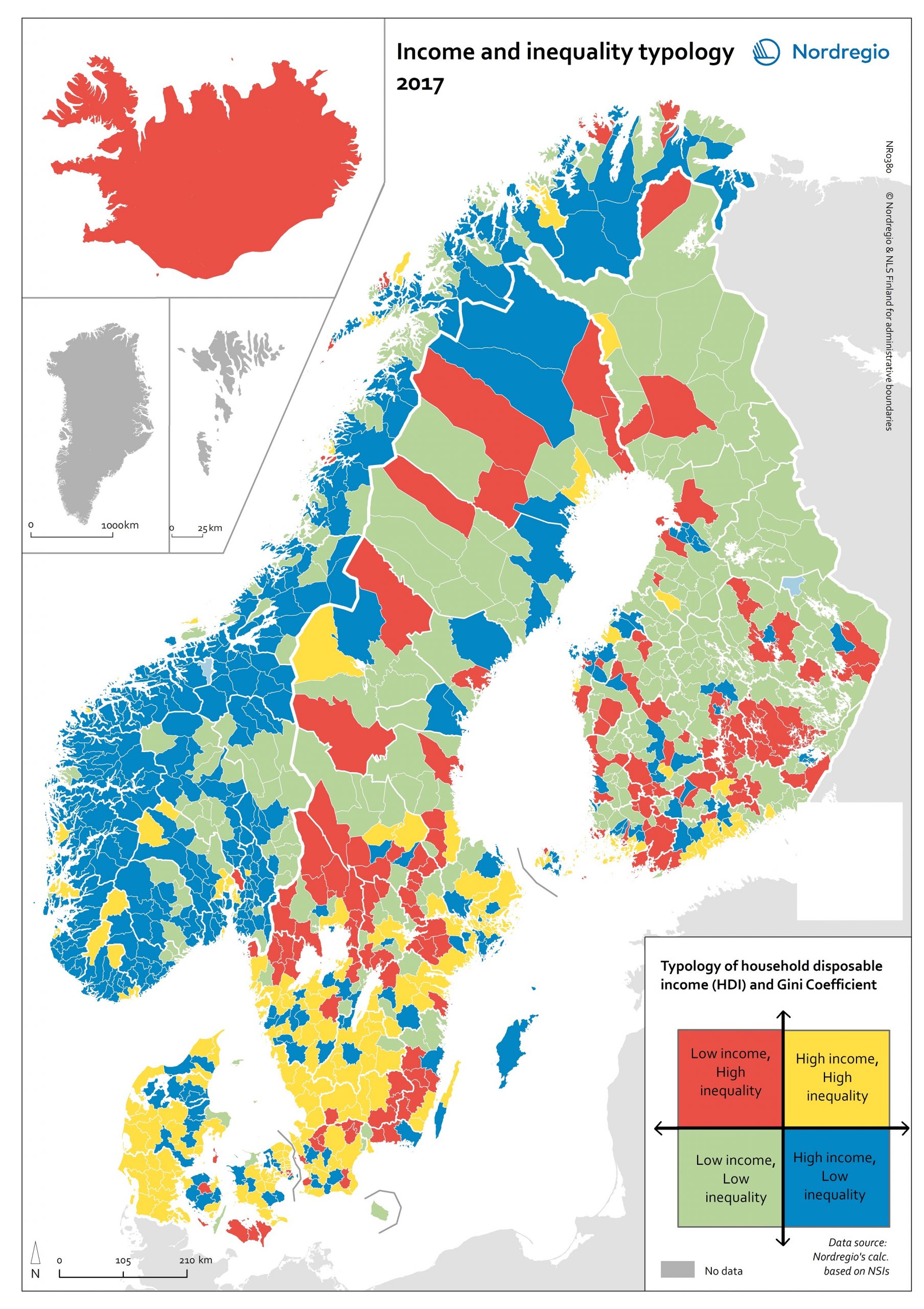 The map combines measurements of household disposable income (HDI) and the Gini Index to create four “types” of income distribution. Household disposable income is a common measure of income inequality. It measures the capacity of households (or individuals) to provide themselves with consumable goods or services. Comparing average HDIs is a convenient way of understanding inequality between municipalities. The Gini Index measures the extent to which the distribution of household income deviates from an equal distribution level. The Gini Index is therefore useful in understanding the inequality that exists within municipalities. Combining these measurements provides a comprehensive geographic overview of income in equality across the Nordic Region, both within and between municipalities.