The map shows gross regional product (GRP) per capita in regions (NUTS 3 level) across Europe in 2017. 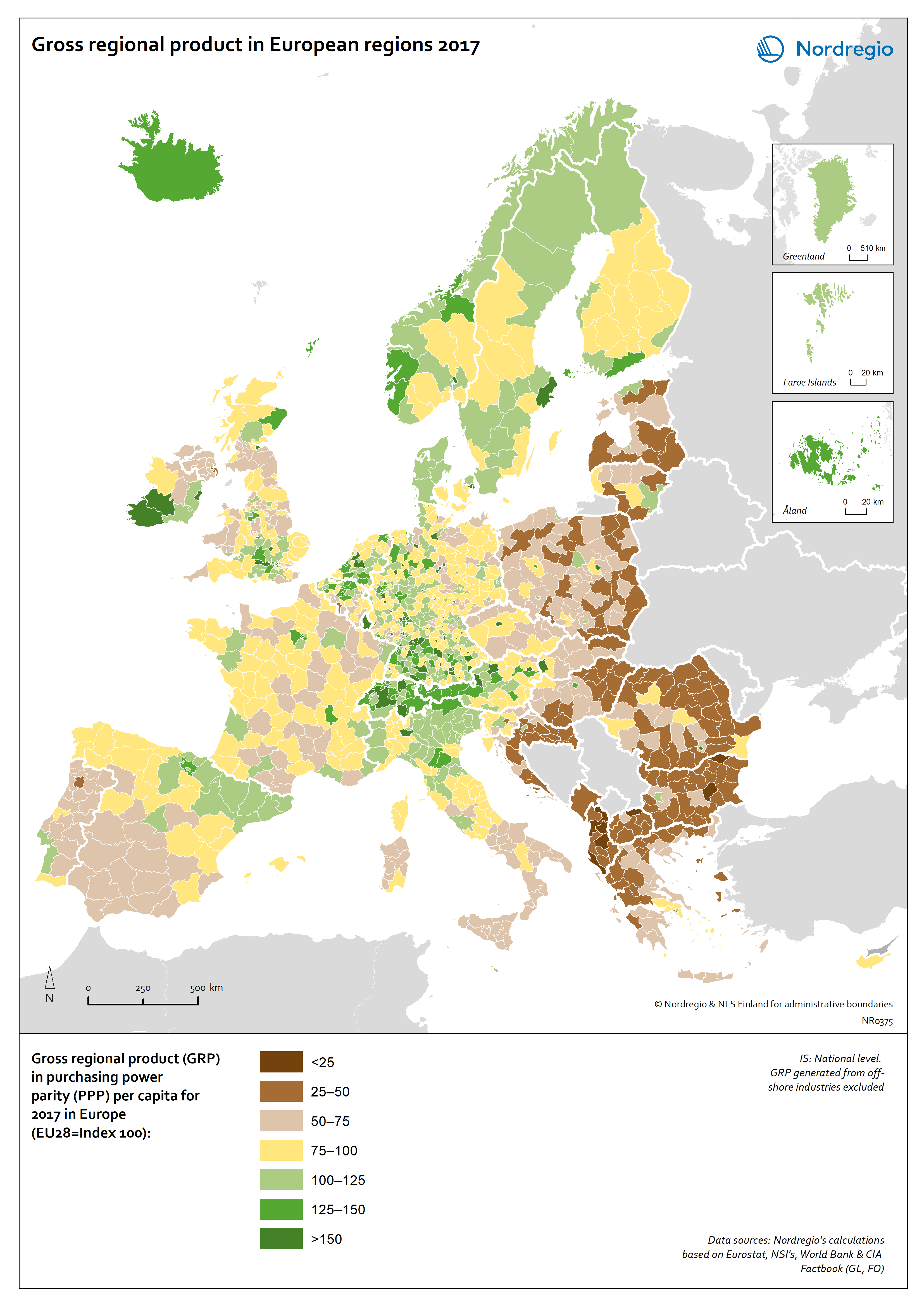