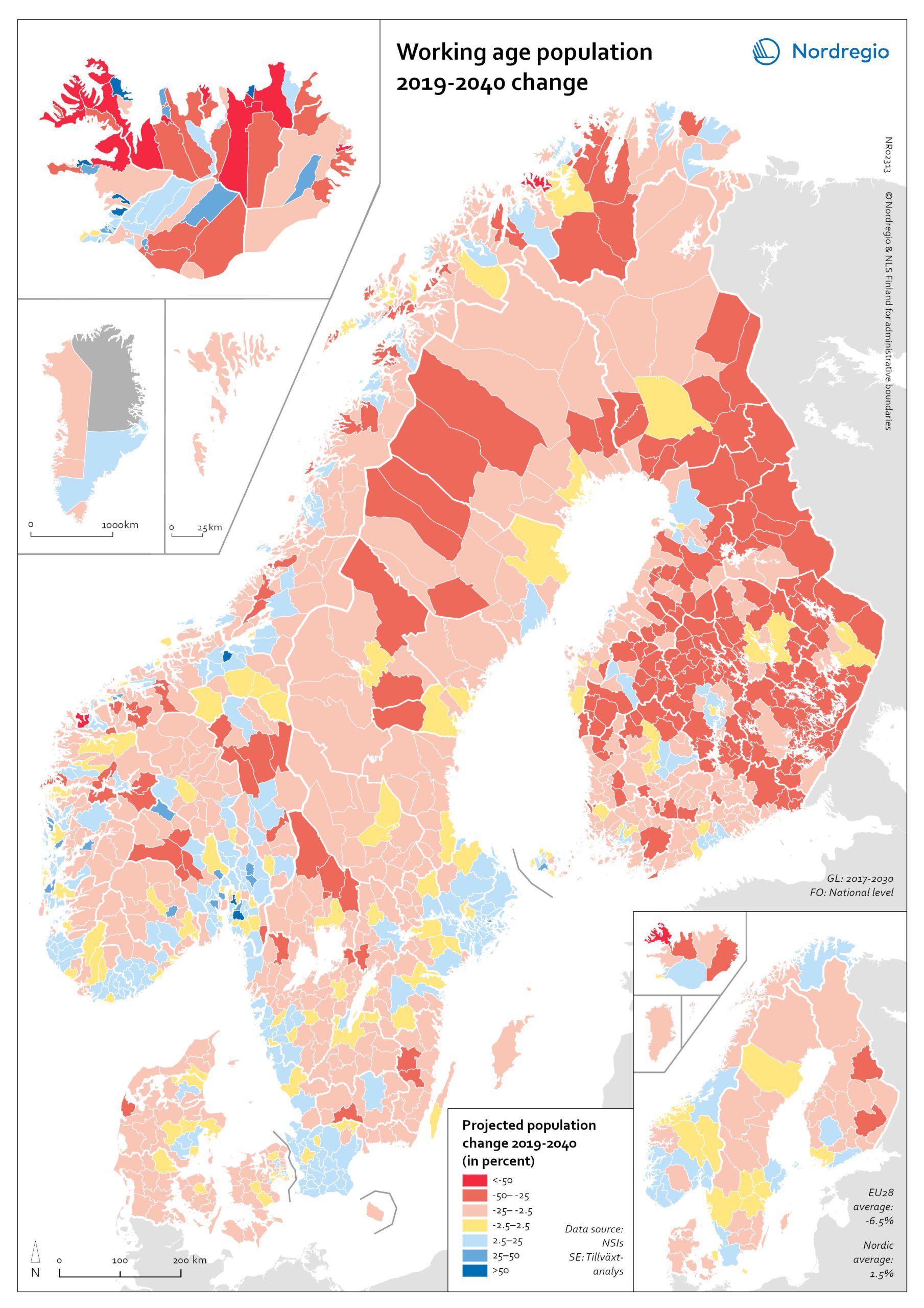 While the total population of the Nordic Region is projected to grow by 8% to 29.5 million by 2040, the growth of the working-age population (15–64 years) is expected to be more modest at 1.5%. The working-age population also referred to as the potential labour supply, refers to all people in the population aged 15–64 years. It is a potential supply because it includes all those who fit the age requirement, despite some not actually being available for the labour market (e.g. full-time students, those with long-term illnesses or disabilities that affect their ability to work). The potential labour supply at the local level is constantly shifting due to trends such as ageing, migration and urbanisation.

The red areas on the map indicate a projected working-age population decline and blue areas an increase. The yellow areas indicate a stable development.

On a national level Greenland (-16.2%), the Faroe Islands (-6.6%), Finland (-3%) and Denmark (-2%) are projected to see a decrease in the working-age population, while increases are projected in Sweden (4%), Norway (4.6%), Åland (9.1%) and Iceland (10.9%). It is worth noting that, even in the parts of the Nordic Region where the working-age population is expected to shrink, the projections are less severe than the EU28 average (-6.5%). Greenland and Faroe Islands are the only exceptions.