Employment rate among females and males in 2014 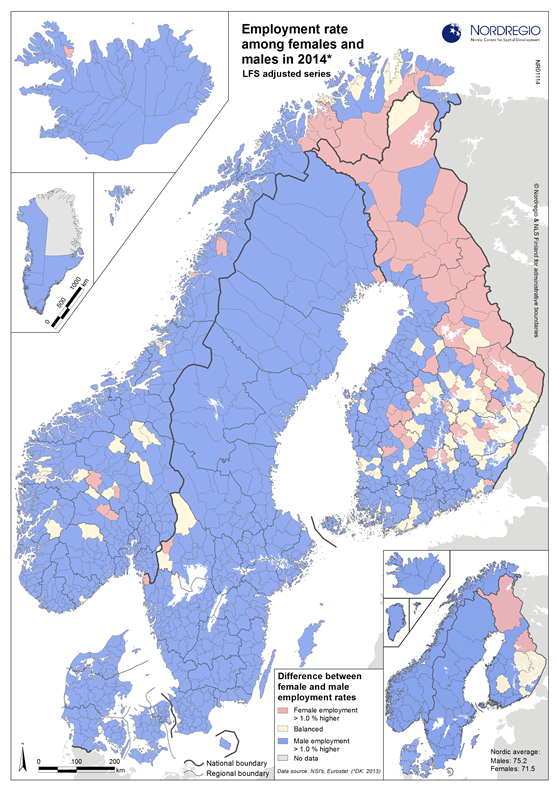