Data source
Nordregio’s calculations based on NSIs and Eurostat

This map shows the share of the economic inactivity for all Nordic regions in 2016, calculated as the total number of inactive persons as a share of the total population (25–64 years).

The economically inactive are commonly understood as the group furthest from the labour market in that they are neither employed, nor looking for work. This age group 25–64 was chosen in an attempt to exclude retirees and students. 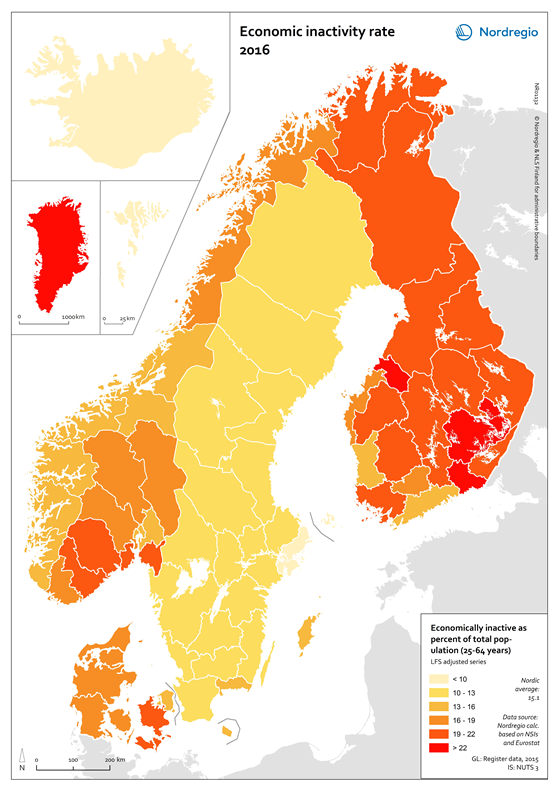