The map is included in the State of the Nordic Region 2018 report. Read more about it

The experience of a per­son being at risk of poverty is relative to the society that directly surrounds them, as is man­ifest by having less monetary resources that one’s peers to maintain well-being.

Sweden has the highest share of people living in a household at-risk-of-pov­erty (15.1%) followed by Finland (12.8%), Denmark (12.1%), Norway (10.9%) and Iceland (7.9%). Re­gional variations are somewhat more difficult to discern compared to the other health and well-being indicators. This is in part caused by the higher ad­ministrative scale that is shown for Sweden com­pared to Denmark, Finland and Norway, as well as the lack the cross-border dimension in this indicator. It is notable however that municipalities within the metropolitan areas of larger centres like Oslo and Copenhagen show higher percentages of the popu­lation being at risk of poverty. This reflects the real­ity of higher income variance in metropolitan areas, which can be an important factor causing segrega­tion and social exclusion, and further reinforcing negative effects on well-being.

Metropolitan areas also face higher variance in housing structure, with more single person households than rural areas and small and medium sized towns. Coupled with high rents, this leads to a burdensome cost of housing and risk of poverty. The capital region of Finland shows a much different picture and is in fact an outlier with lower percentages of people at risk of poverty compared to the rest of the country. 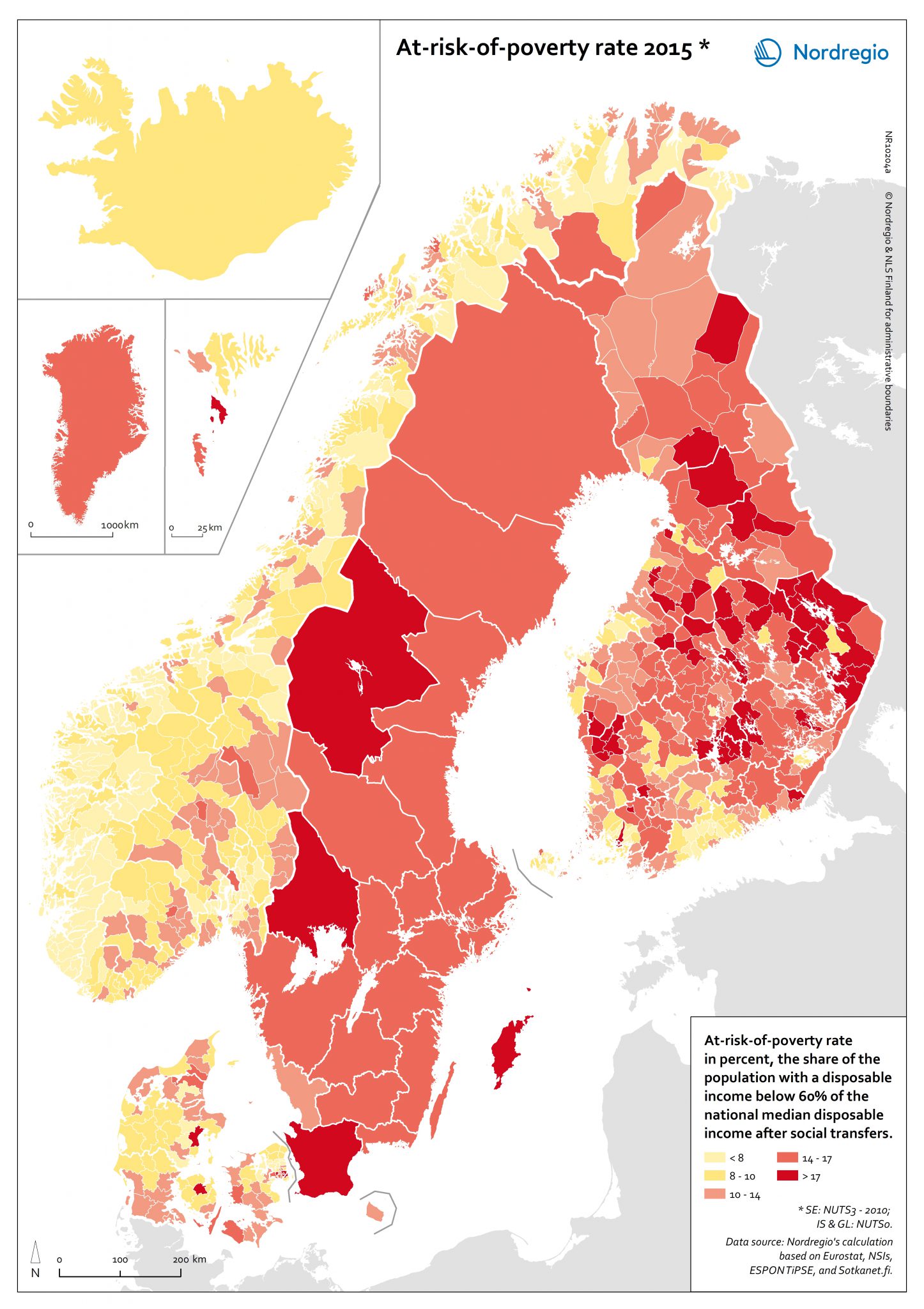