This map shows the number of females aged 25-39 years per 100 males of the same age across Europe’s NUTS 3 regions. The female ratio score for each region is calculated using the average over two years, 2014-2015.

In much of Northern and Eastern Europe, as well as in Spain, males tend to dominate in regions outside the capital areas. In fact, in Norway, Sweden, Finland, Estonia, Latvia and north-western Russia, there is a balanced situation or female dominance in only one or two regions. In countries such as Ireland, the UK, Belgium, Portugal, France, Italy, Albania, and Greece, on the other hand, the pattern is very mixed with a majority of regions having a population in the 25-39 year age group that is balanced or even predominated by females.

In Northern Europe, it is typical for working age females to head for employment or education in the larger cities. This explains the extremely skewed gender distribution in most North European countries outside of a few capital or city regions. 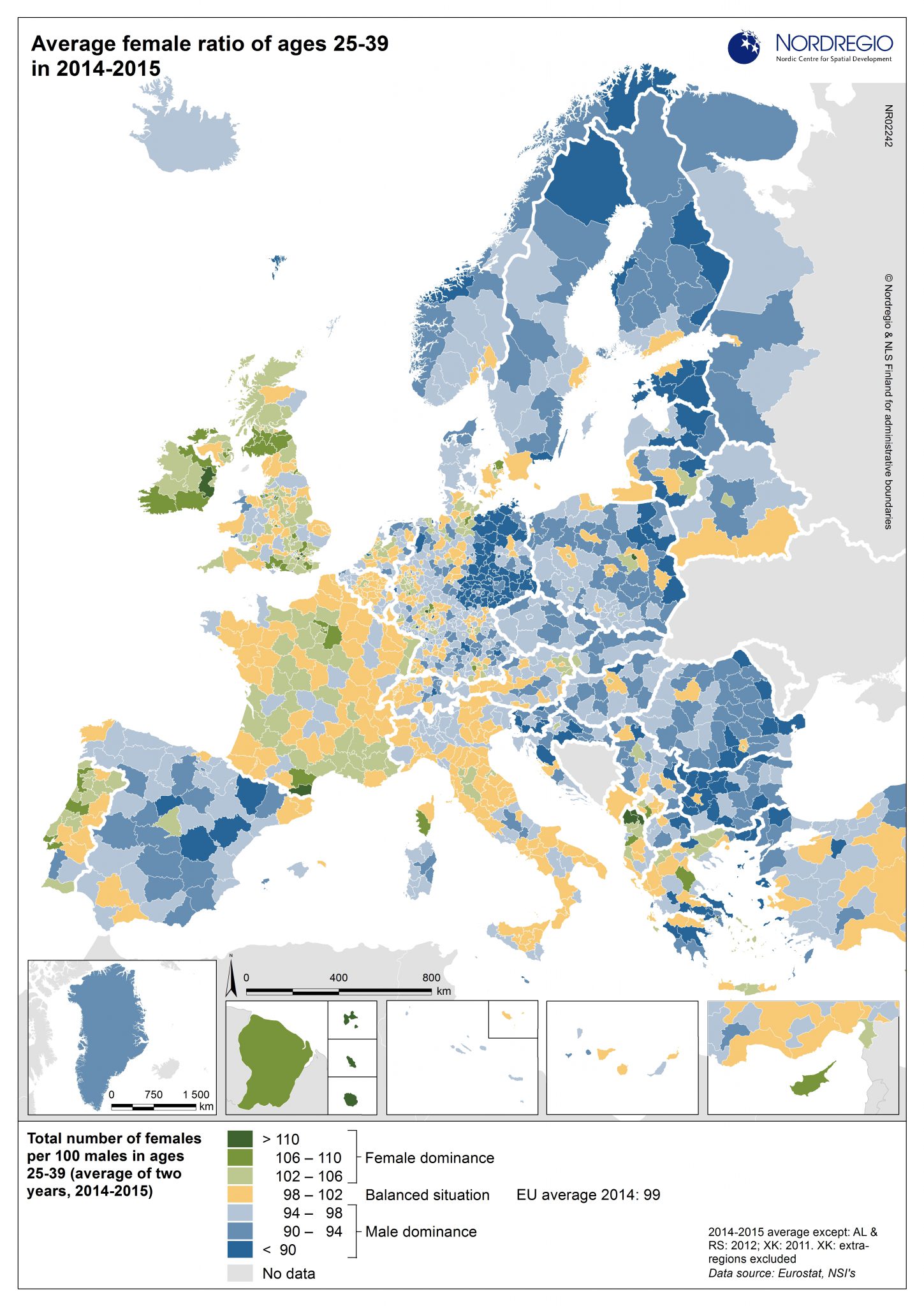