Bankruptcies in the Nordic Region in 2014 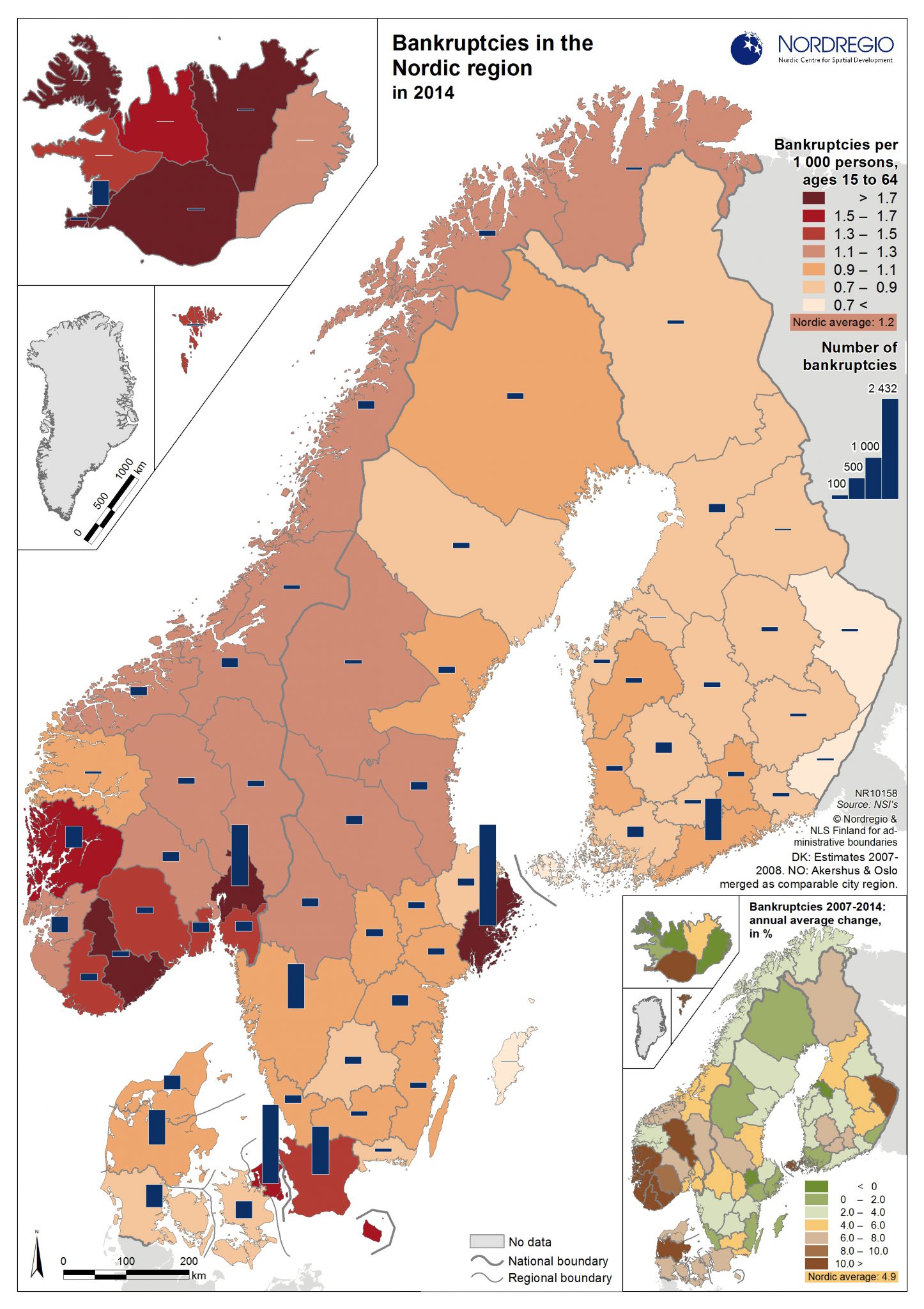