Change in the number of births in the Nordics

The map shows percentage change in the number of live births in Nordic regions, comparing January-September 2021 to the same period in 2020. 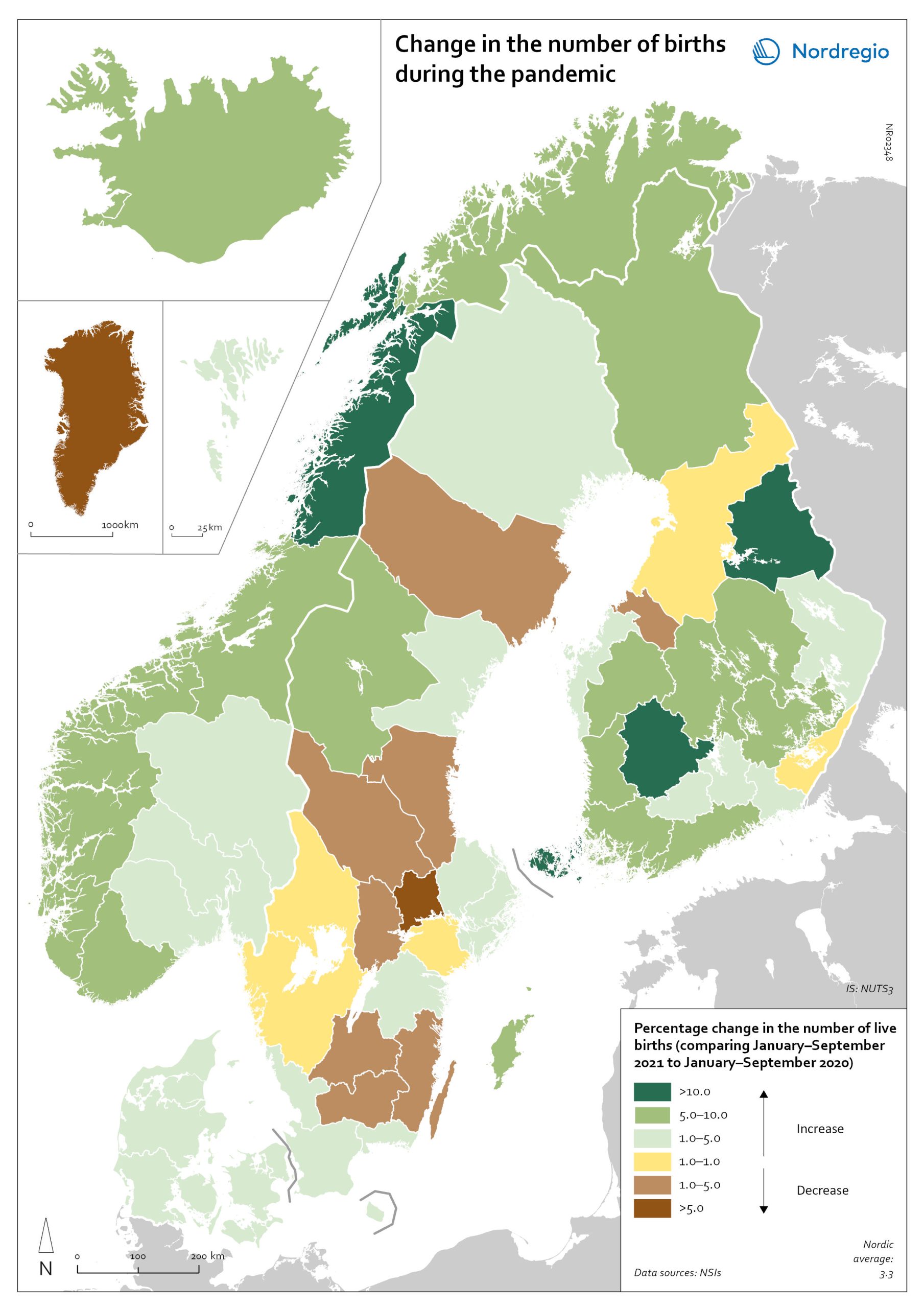 While most Nordic countries and autonomous territories saw a rise in births during the pandemic, not all regions followed this trend to the same extent. Rural regions stand out as having had both baby booms and baby busts during the pandemic. In Finland, for example, rural regions reported both large increases in births (Kainuu) but also declines (Central Ostrobothnia). In Sweden, only a few regions registered an increase in the number of babies conceived during the pandemic; among those were rural Gotland and Jämtland. Kronoberg and Dalarna, by contrast, reported a drop of more than 3% in the number of births.