Crude death rate in the Arctic 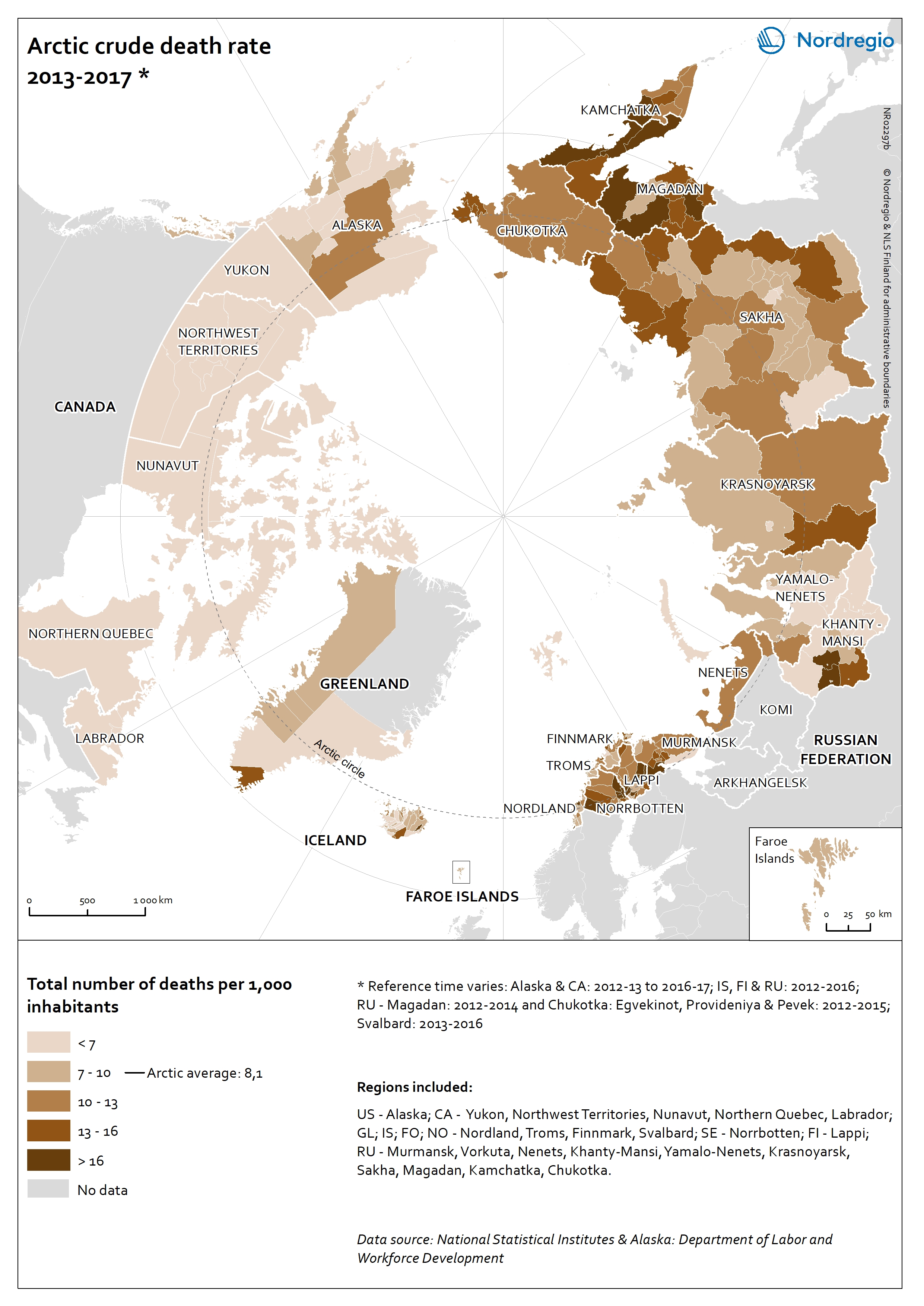