Employment rate in the Arctic

The map shows the employment rate for the Arctic regions in 2016 based on OECD data. 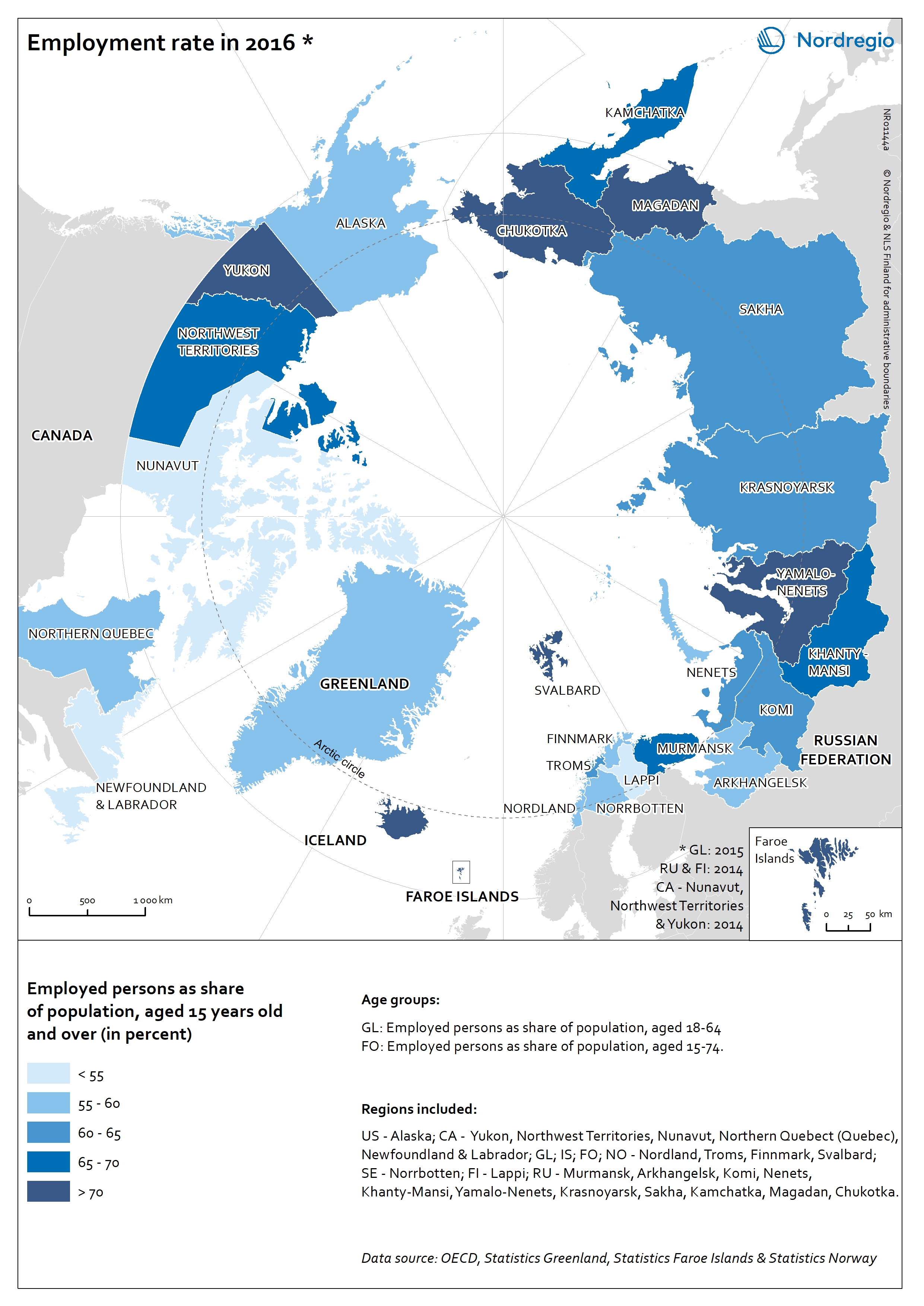 The employment rate is the ratio between the employed population and the working age population (aged 15 years old and over). Employed persons are aged 15 or over who report that they have worked in gainful employment for at least one hour in the previous week or who had a job but were absent from work during the reference week.