External gateways to the Nordic Region

These gateways and corridors are meant to show the importance of further development of movements and infrastructure plans both across Nordic national borders, and between intra-Nordic and global transport networks.

It should be noted that the gateways and corridors included in the map are primarily identified from the view of Nordic cross-border committees, as examples of gateways and corridors with potential to further enhance Nordic cross-border movements and connect them to global networks. In the map, there’s no differentiation between already planned and visionary projects. 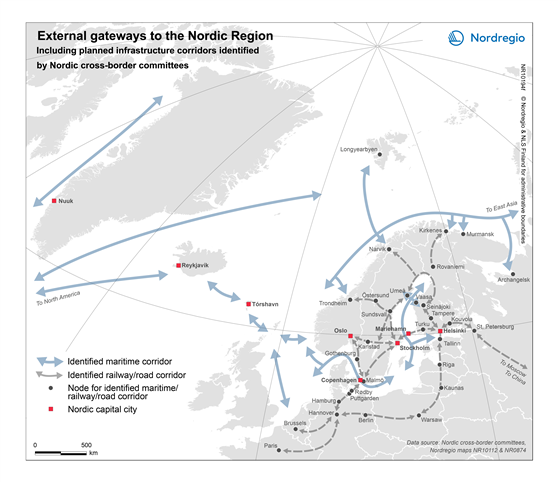