The gender balance in the Nordic countries is almost equal with, on average, 101 females per 100 males, but in the Nordic Arctic region the overrepresentation of males is clear with 98 females per 100 males. Considerable regional variations both between cities and sparsely populated areas and between eastern and western parts of Norden also persist.

Total number of females per 100 males 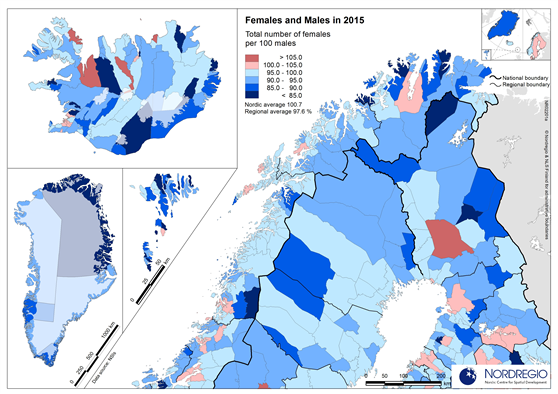