Regions marked with dark blue in this map are those where there are less women per 100 men in working aged population while red coloured regions represent a female surplus. Traditional gender-based division of labour in the Arctic is disappearing, and is, step by step, being replaced by a situation where the social and economic role of the inhabitants is increasingly determined by individual interest and qualification. Young and middle-aged males in search of employment and income opportunities have chosen to become migrant workers, leaving their communities for either a shorter or a longer period of time in the process. Seldom, however, have they left the community permanently. However females consider, and also now tend, to migrate more permanently than males, away from their home community and region from smaller to larger communities with better opportunities better fitting their qualifications.

Females and males in the Arctic cities and regions in 2014

Map showing the distribution by gender in working aged population (15-64 years) in regions and main cities in the Arctic showing a reduction in the traditional gender-based division of labour. 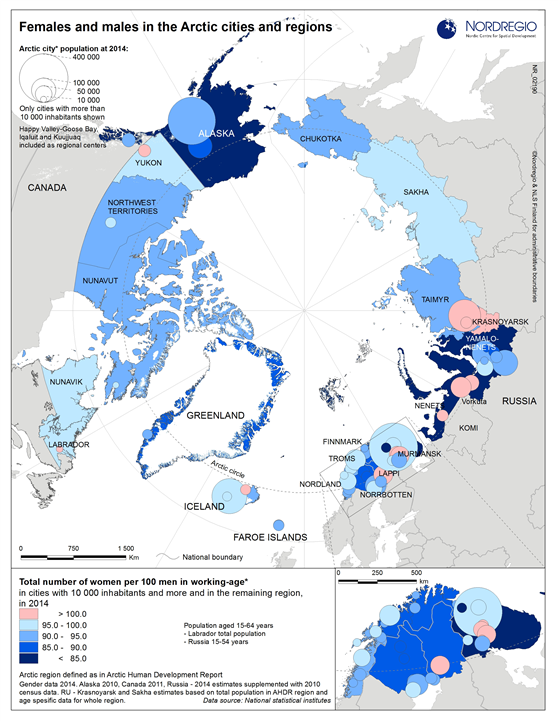