This map shows the number of females per 100 males for the total population across the Nordic Region at the municipal and regional level in 2016. This figure is commonly referred to as the female ratio.

In much of Northern Sweden, Finland, and Norway, as well as in Iceland and Greenland, there tends to be a predominance of males at the municipal level. In fact, in Southern Sweden and Norway, as well as in Denmark, most municipalities show a gender balance or a predominance of females in the population . In Southern Finland, on the other hand, the pattern is more mixed with most municipal populations either balanced or even predominated by females. At the regional level, the majority of regions have a balanced situation with respect to gender. Exceptions include Norrbotten in Sweden, regions along the coastline in Norway, most regions in Iceland, and Greenland, where males make up a larger portion of the population and several regions in Southern Finland where females make up a larger portion of the population. 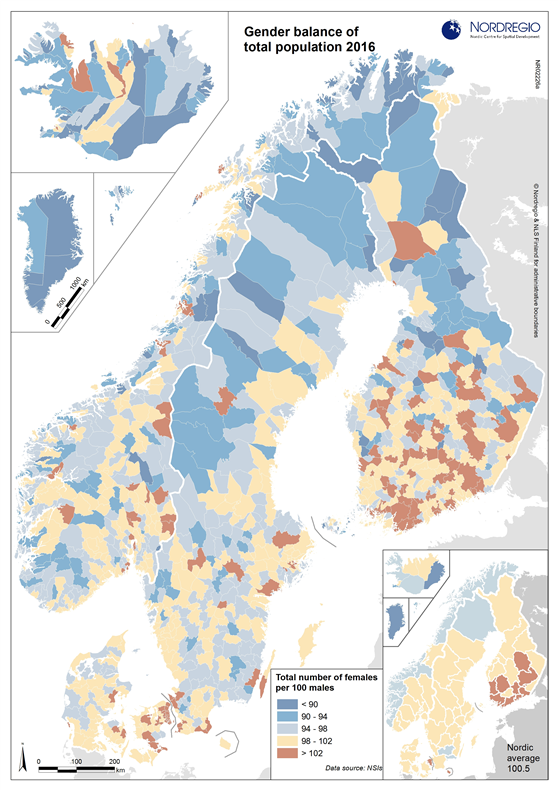