Gender balance of total population in the Arctic

The map shows the number of females per 100 males for the total population across the Arctic at the sub-regional level in 2017. This figure is commonly referred to as the female ratio. 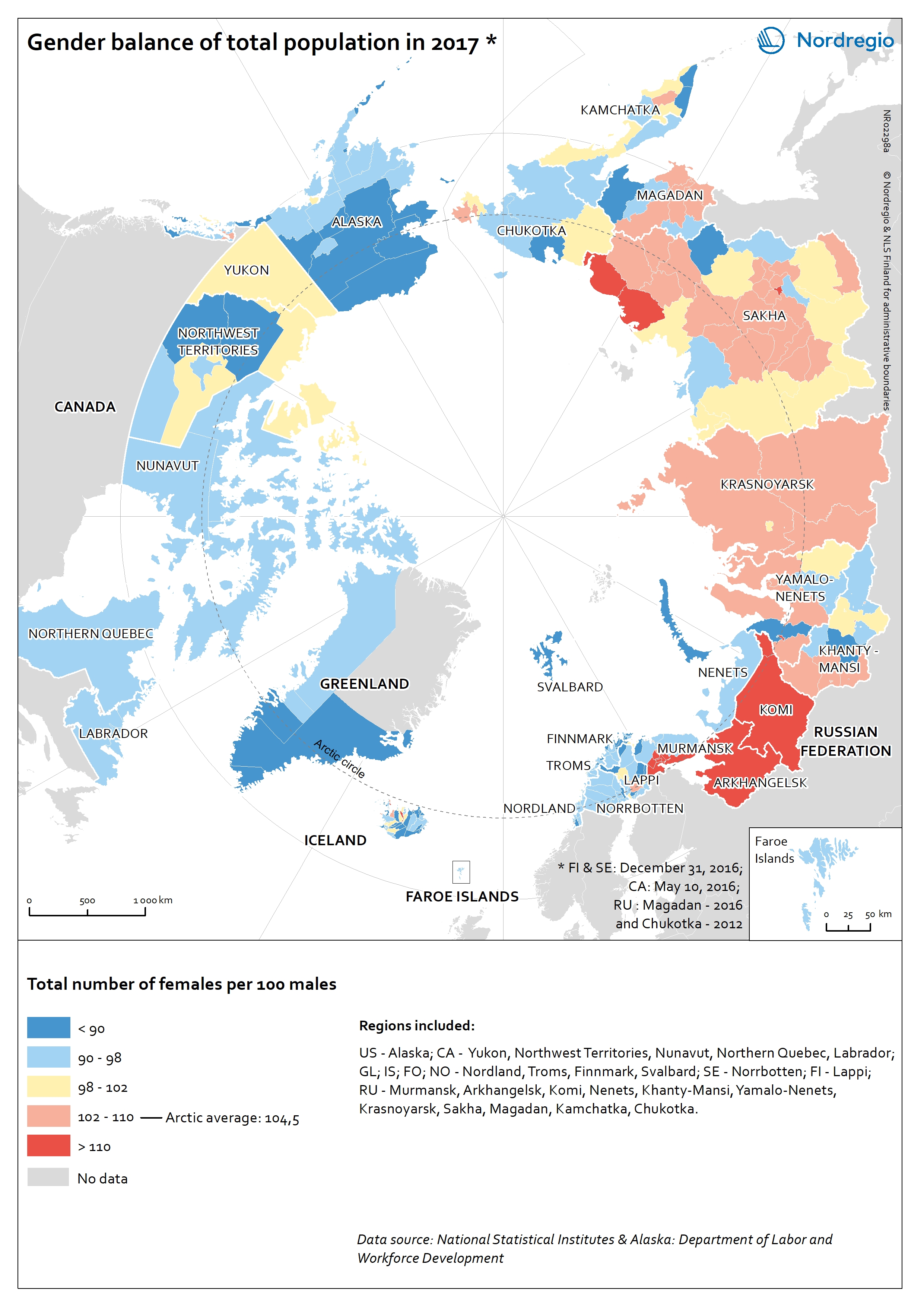 The Arctic average is 104,5, indicating a slight predominance of female population. However, there are large differences across subregions. In the Russian Federation, the subregions in the regions of Komi, Arkhangelsk, as well as Murmansk, and Sakha had a female ratio exceeding 110 females per 100 males.  The female ratio in the Russian Arctic compared to other Arctic countries was higher due to notable difference in between females’ and males’ life expectancy. Other Arctic subregions in Alaska (USA), Canada, Greenland, and the Nordic countries had a predominance of male population. Pechengsky District (Russian Federation) and Sermersooq municipality (Greenland) were two of the subregions with more than 20 000 inhabitants with the highest male predominance. Fifty-five subregions in the Arctic had a gender balance.