This map shows the number of females of working age (15-64 years) per 100 males of the same age across the Nordic Region at the municipal and regional level in 2016. This figure is commonly referred to as the female ratio.

In Nordic countries, it is typical for working age females to head for employment or education in the larger cities. This may explain the skewed gender distribution in Nordic municipalities and regions outside of a few capital or city regions. 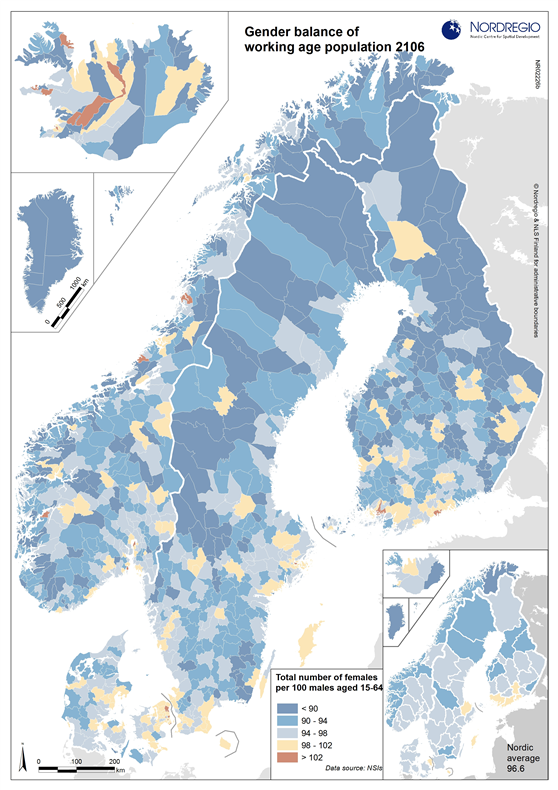