These maps highlight the urban-rural divide with respect to household coverage of Next Generation Access (NGA) broadband in the Nordic-Baltic Region in 2018. NGA includes a range of technologies, all of which deliver minimum download speeds of 30 Mbps. The map on the left-hand side shows NGA coverage for “all households”, with darker shading representing higher levels of coverage. Here we see that over 75% of households have access to NGA coverage in most regions for most countries, with the exception of Finland and Lithuania. The highest levels of household coverage can be found in regions in Denmark, Iceland and Latvia. 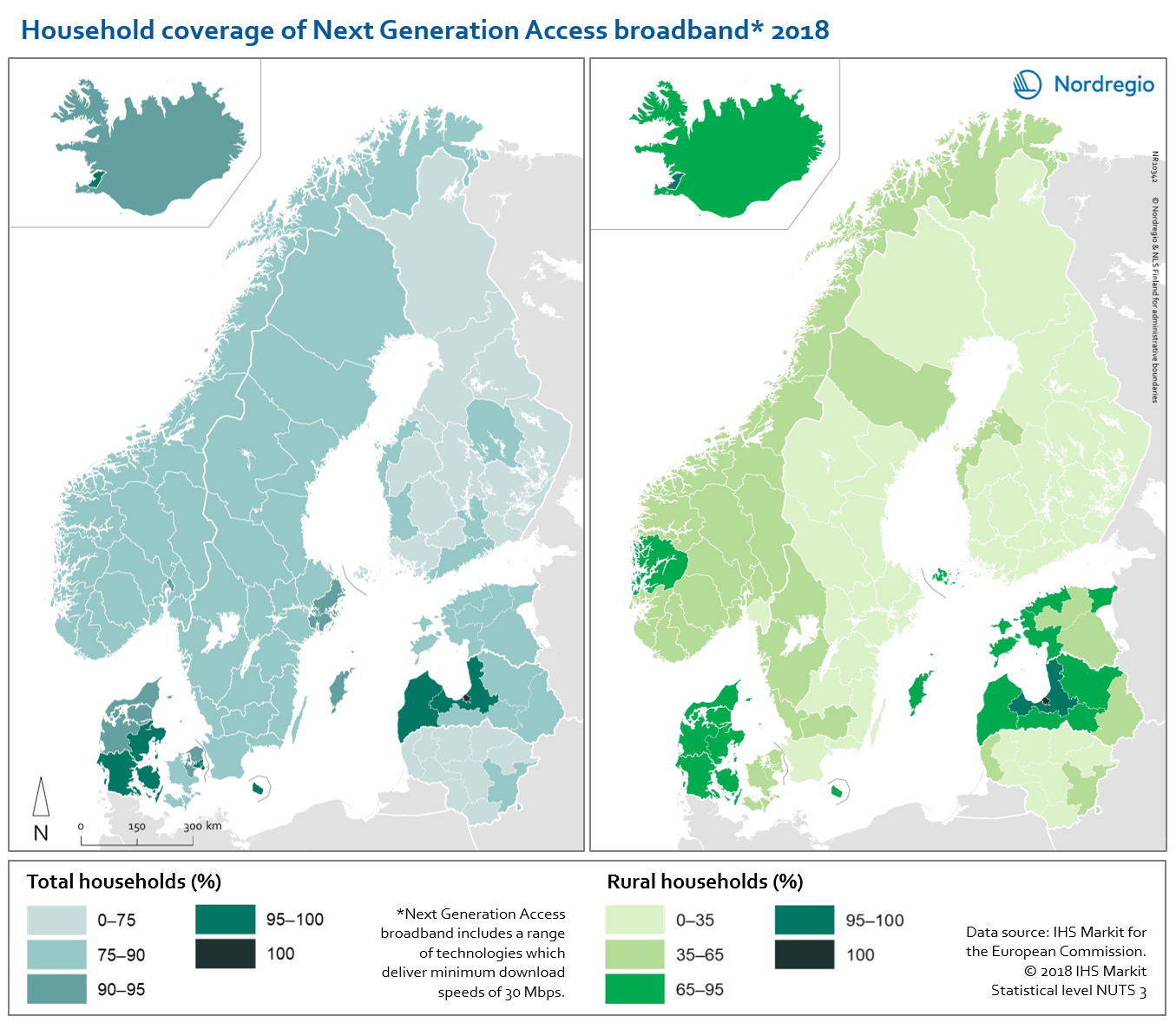