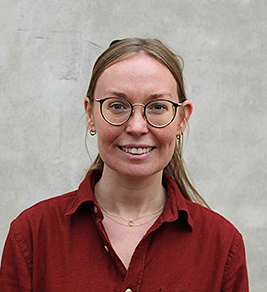 Louise is a social anthropologist from Denmark working within the field of sustainable rural development. At Nordregio, she works with a range of topics related to the development of rural areas in the Nordic and Arctic context such as green transition, digitalisation and rural policy. Louise is a member of the secretariat for the Nordic thematic group for Green and Inclusive Rural Development.

Years later, I found myself sitting in a temple in a small village in the Himalayas. I was participating in the preparations for a big Buddhist holiday coming up. My task was to help make a special kind of traditional cookie that would be distributed to all the guests coming from nearby villages. On the walls were the colourful pictures of for me unknown spirits, gods and demons and suddenly from the far corner of the temple, where the village teenage boys where gathered, the sound of Rihanna would fill the room from a telephone speaker. Something nobody but me seemed to notice.

Years later again, I was doing fieldwork for my master thesis in anthropology on the Faroe Islands. This time I found myself on a mountainside participating in gathering sheep for butchering and trying not to panic when I was given the responsibility to push a small group of sheep down towards the others. I managed and when all the sheep where gathered the prize was served: pancakes with brown sugar.

These are a few of the experiences that led me to where I am today: a social anthropologist working within the field of sustainable rural development.