(available online and in print) 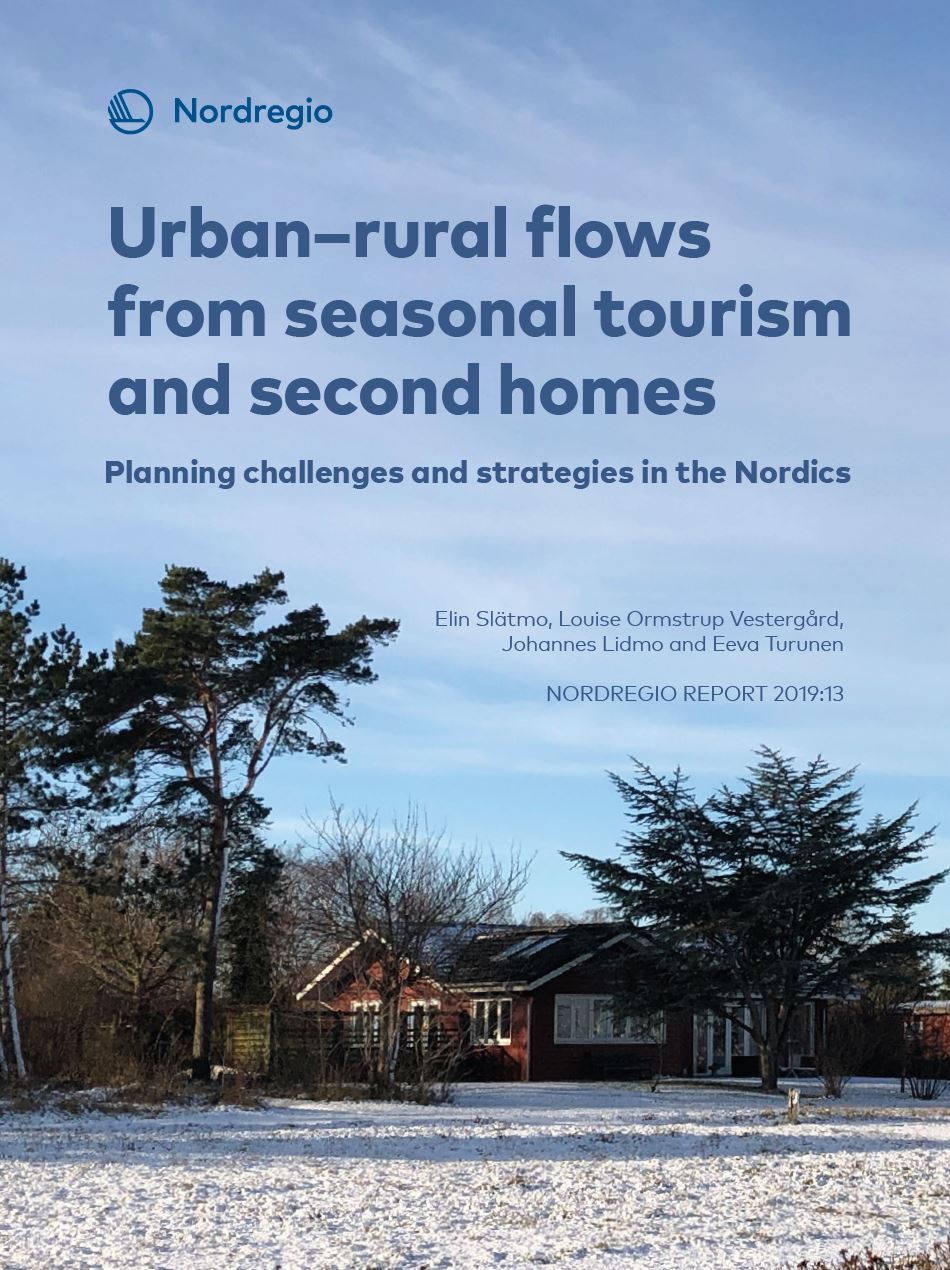 Urban–rural flows from seasonal tourism and second homes: Planning challenges and strategies in the Nordics

Estimations for the Nordic population is that half of the 27 million inhabitants have access to a holiday home, via ownership, family or friends. People use second homes during the summer or winter season and increasingly at weekends; therefore, our analyses find that a continuous counter-urbanisation process exists in the Nordic Region.

We conclude that second homes and seasonal tourists are primarily considered a positive asset for job creation, planning of cultural activities and provision of services. At the same time, the central challenges are adapting the welfare system and services to these large flows of voluntary temporary inhabitants. This motivates us to recommend policymakers and decision-makers in the Nordic Region to discuss whether municipal income taxes should be shared between municipalities, based on the locations of the permanent home and the second home.

The main rationale behind this recommendation is that the infrastructure and welfare system could then be better adapted to the actual number of people who spend time in each municipality and make use of the local welfare system. I hope the study will help to bridge the perceived divide between urban and rural areas, says Elin Slätmo.