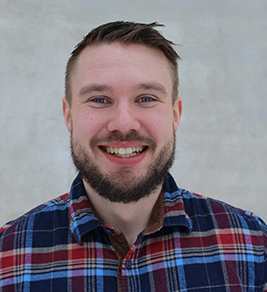 Previous positions
Intern at SABO (the Swedish Association of Public Housing Companies), worked in a project on the developer’s responsibility for funding infrastructure in newly built areas and participated in other workshops and seminars at SABO (2016).

As a young kid in primary school I became fascinated about maps and geography. I liked competing with my friends about who knew most capital cities in Europe and so my interest in geography and particularly urban development processes started to emerge. I did not yet realise this, but during my childhood I always observed the environment around me, and changes in time related to those places. It could be simple things such as observing the car route from my home in southern Stockholm to my grandparents’ house outside of Enköping in Mälardalen.

Being raised in the suburbs of Stockholm, in the neighbouring municipality of Huddinge, I quite early realised, without seeing it from spatial and geographical perspectives, the inequalities amongst people or spatial differences between neighbourhoods. Particularly evident was a task in school when I was 13 years old where I and my class-mates went to dissimilar neighbourhoods in Stockholm to observe the urban environment. The upcoming days we held a presentation about our visit there. I and my group went to Djursholm, a wealthy neighbourhood in northern Stockholm, and it was a completely unique experience for most of us who for the first-time grasped differences between places in the same city.

In parallel to this I continued having my interest in observing the (changes in the) urban environment around me which then influenced my favourite subjects in upper secondary school. I became interested in social science subjects, but gradually I developed a spatial dimension to all those diverse issues. I even combined my school-work with the spatial relations I had to various places I visited in the summers. I started playing accordion when I was seven years old, and every summer between 2005-2012 I went to an accordion camp in the border- and twin-cities of Haparanda and Tornio in northern Sweden/Finland. There I not only gained international friends, I also observed a large urban expansion since Ikea was strategically located in Haparanda. As such, in a geography class in upper secondary school, I chose to hold a presentation about this urban expansion in Haparanda-Tornio.

Unsurprisingly, all this affected my main interests in many aspects. I, like many others of my generation, played video games where one of my favourites were SimCity because then I could plan my own cities and determine the development myself. I quickly understood that the real world is much more complex than those in SimCity. Luckily, one of my friends noticed that I not only talked about building my own cities in a video game, I also talked about the urban development I observed all around me. This happened when it was time to apply for a university course. My friend suggested me to apply for studies within urban and regional planning at a human geography department. Since then I have finally started to get engaged in questions of urban and regional development in practice and theory, which has affected my spatial story since. One’s spatial story is never written in stone and will always include new perspectives. So, when we start considering the small steps in our own history we start realising that they altogether shape us. One major and recent step in my spatial story is my Erasmus Exchange in Cardiff, Wales, in 2016/2017 when I for the first time moved away from the Stockholm region and entered a completely new spatial experience. This has lately been strongly influential in my understanding for cultural, spatial and other contextual differences. In other words, we can always learn from one another by meeting new people in new spatial and cultural contexts. This will in the end shape our past and current spatial story which in my case means that I nowadays am more open to new challenges in various forms which can take place in a variety of new spatial contexts.