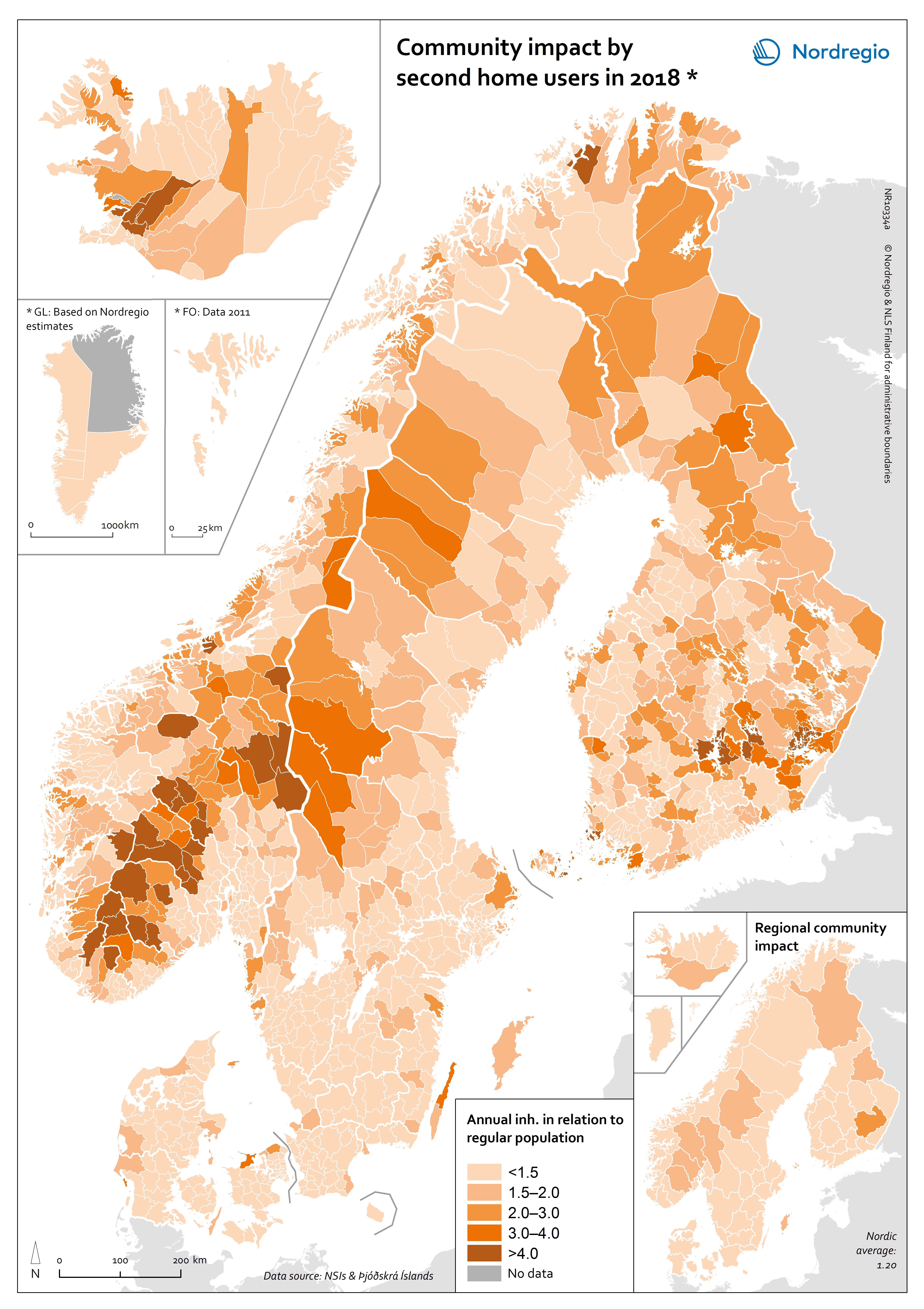 Southern Savonia in Finland was the region with highest regional community impact. From other Nordic countries, the regions of Oppland in Norway, Suðurland in Iceland, and Jämtland Härjedalen in Sweden also stood out with higher ratios. On a municipal level the highest community impact can be found from Skorradalshreppur (30.0) in Iceland. Moreover, Grímsnes- og Grafningshreppur (19.0) (IS) and Kustavi (11.2) (FI) were the municipalities where the community impact also exceeded the ratio of 10.