This map illustrates the changes of number of second homes in the Nordic countries between 2010-2017. 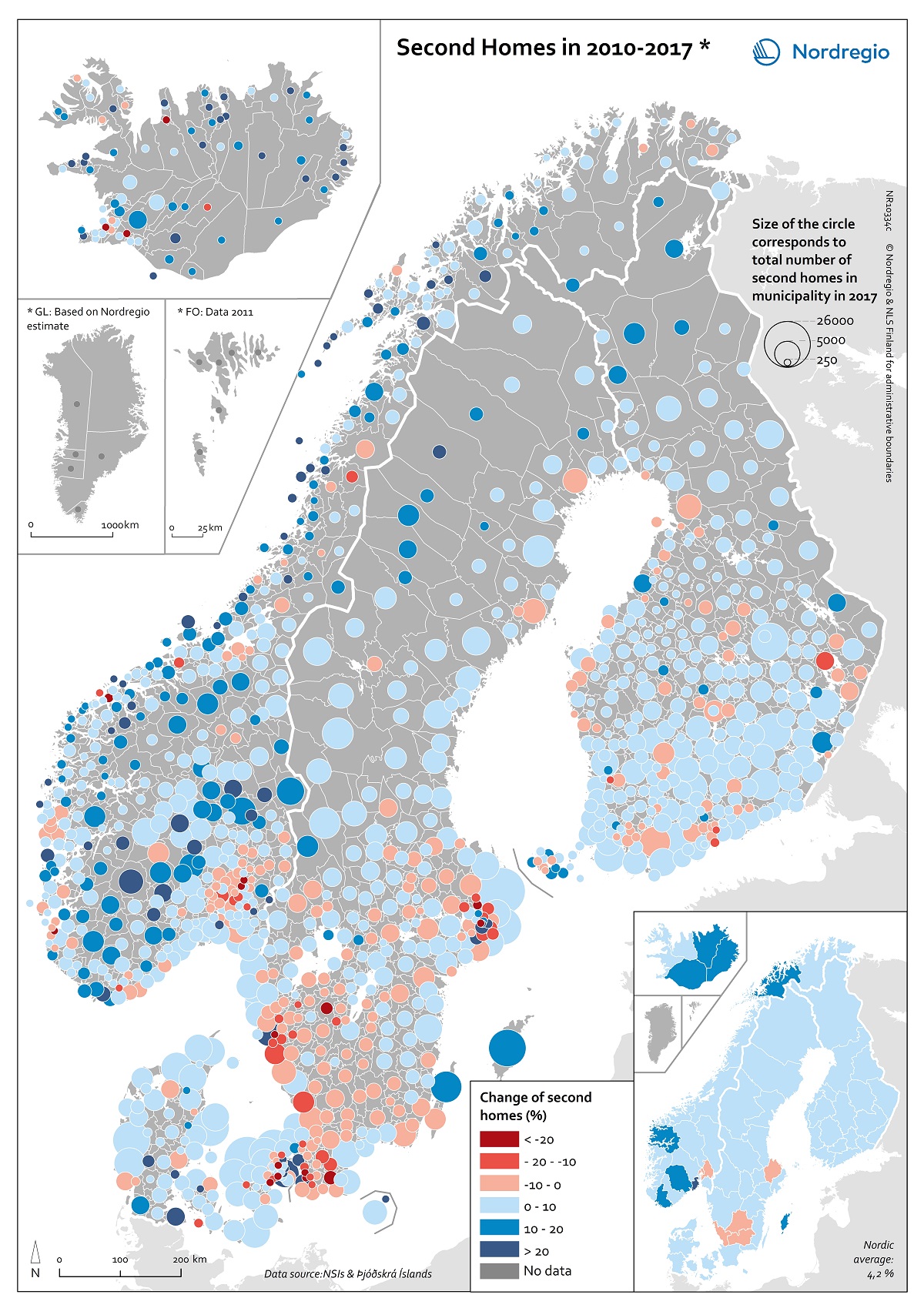 In some areas the number of second homes are decreasing (indicated on map by the red colors). This map has been developed in the Nordregio project “Urban-rural flows of seasonal tourists – local planning challenges and strategies”. Within the frame of this project three plausible reasons for the decrease have been identified: 1) that the houses have been teared down or abandoned, 2) that the houses have been turned into permanent houses, and 3) that the statistics from the housing registers includes errors due to different perceptions on how to report (different opinion on what a house is).