The map shows the housing condition in the Arctic regions in 2016. 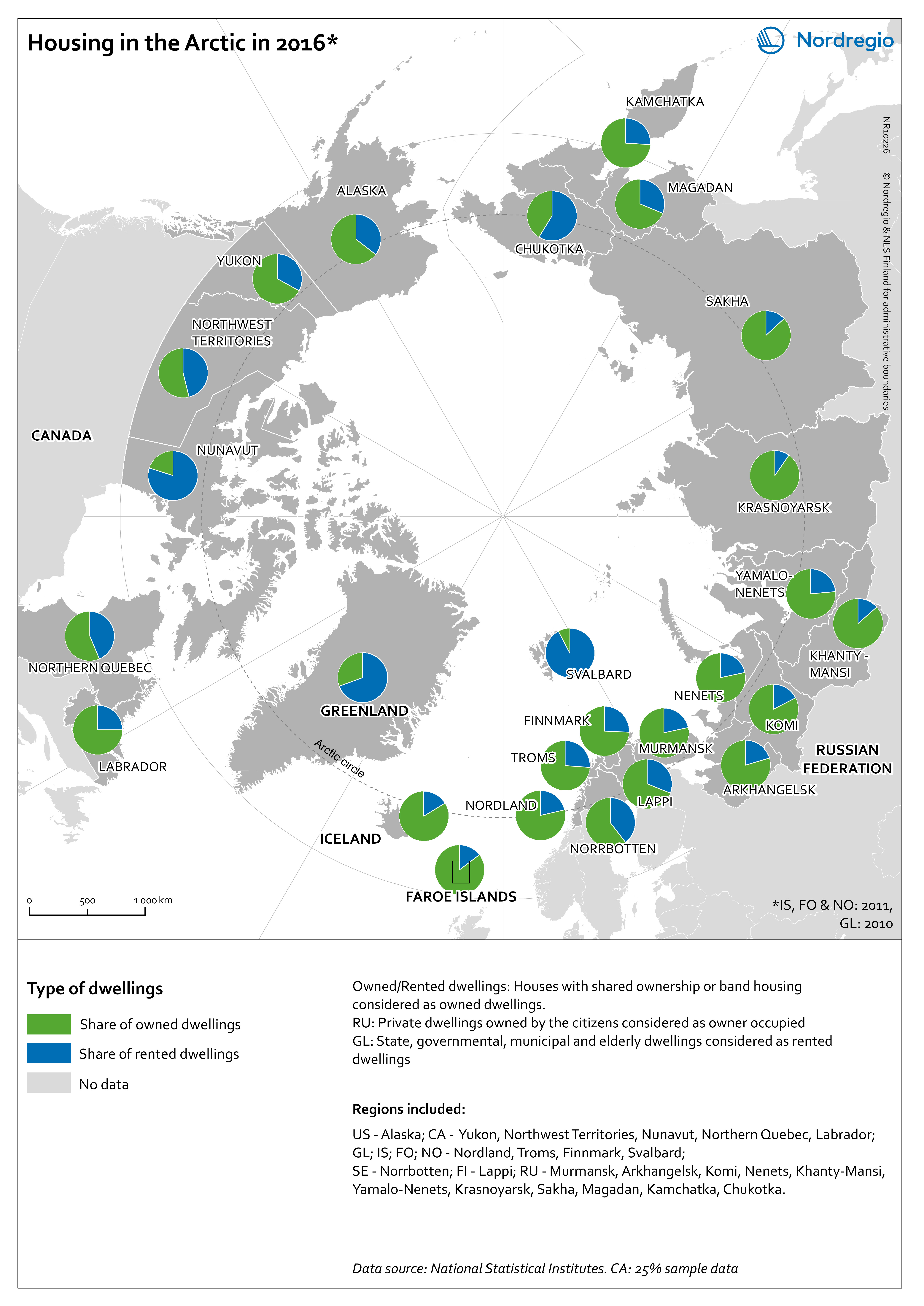 Favourable rental conditions are often in connection with employment. Nunavut (Canada), Greenland, Svalbard (Norway), and in Chukotka (Russian Federation) were the regions with clear dominance of renter-occupied dwellings. Other regions have a dominance of owner-occupied dwellings. In Krasnoyarsk, Khanty-Mansi and Sakha (Russian Federation) over 85 % of the apartments are privately-owned. Permafrost thaw is likely to destabilise housing infrastructure across the Arctic and the financial impact will differ depending on whether it is public or private ownership.