The deposits illustrate the variation in type and distribution of industrial minerals deposits in the Nordic Arctic region. Almost 40 different types of commodities can be found, of which the eight most common commodities are plotted into the map as categories of their own.

The map shows the locations of over 160 significant industrial mineral deposits in the Nordic Arctic Region and 33 mines. 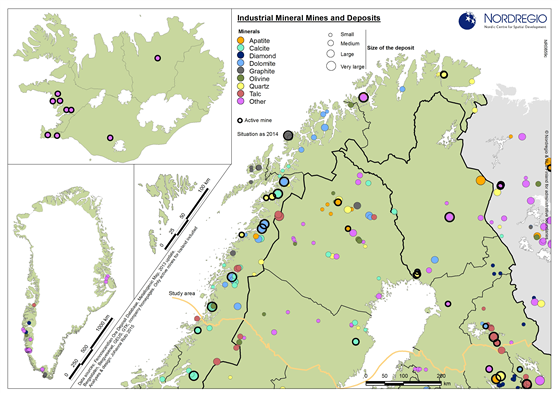