Infant mortality rate in the Arctic 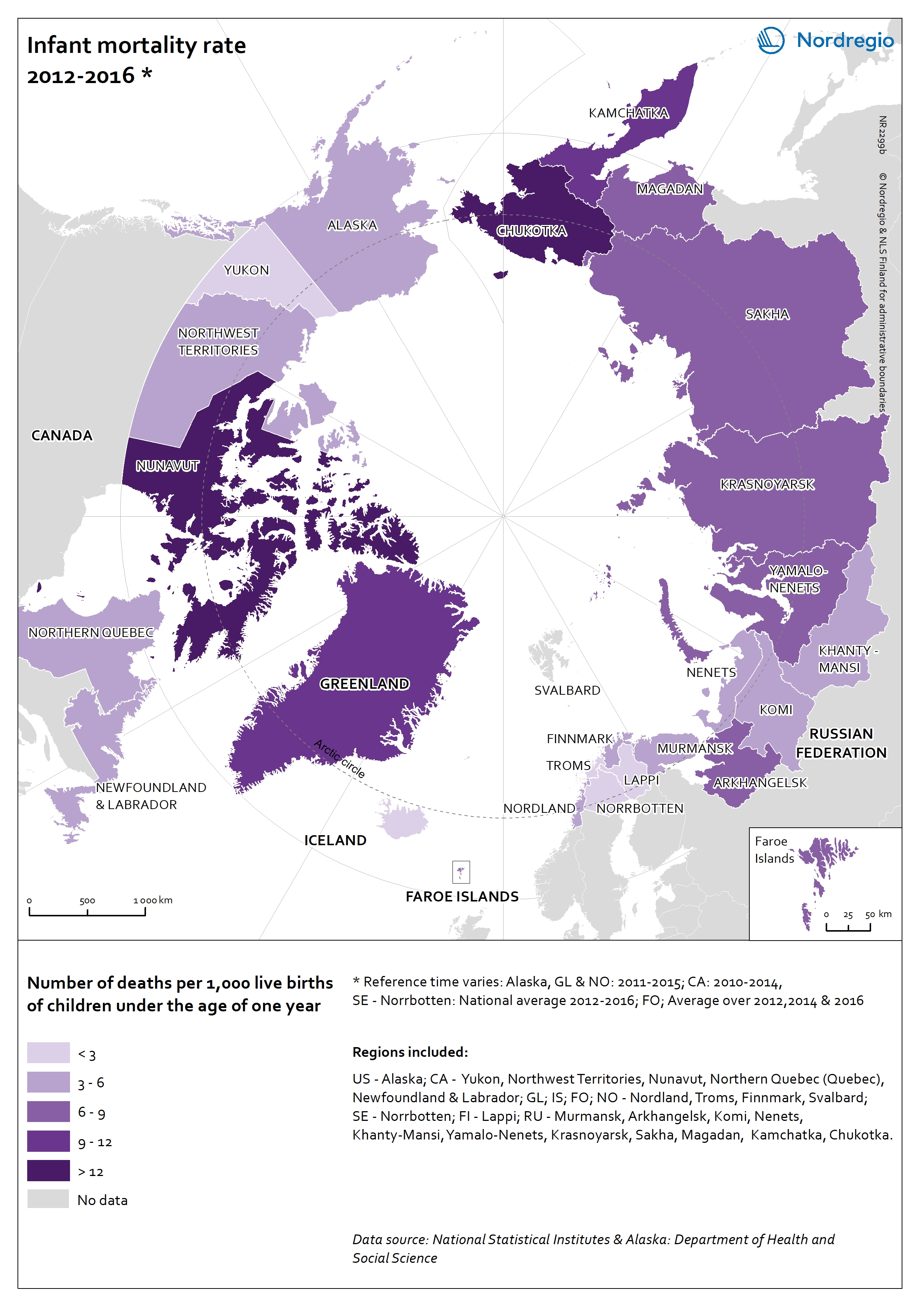