The following map highlights intercontinental routes with an origin or destination in the main airport of each capital city in the Nordic countries. The map only includes direct scheduled commercial flights having at least one weekly flight, and it does not include connecting flights, charters or cargo routes. Both North America and East Asia are relatively well connected to the Nordic countries, as are the Middle East and South East Asia, though to a lesser extent. There a limited number of routes to Africa from the Nordic countries, and a complete lack of any routes to South America.

Intercontinental routes from the Nordic Region 2016 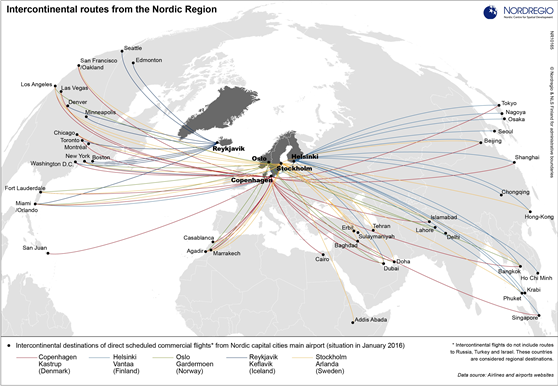