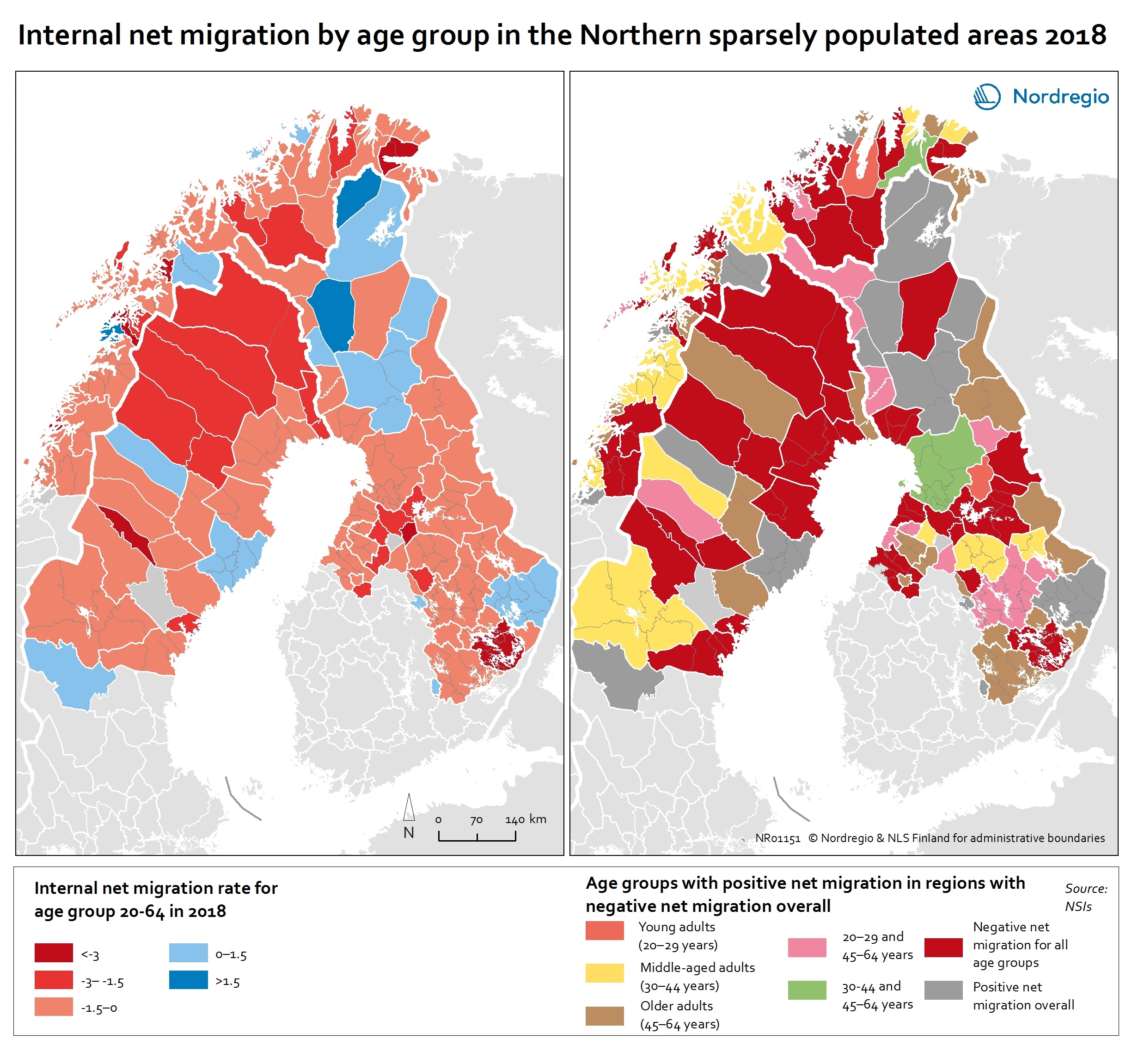 Inward and outward migration are slightly different in the local labour market areas (LLMAs) compared to the independent labour markets. Among the LLMAs, Rovaniemi is the only one that has positive net migration in all age groups. This positive development may be due to the number of governmental offices, the strength of the tourism industry and the presence of two universities. On the contrary, 18 local labour market areas– four in Sweden, nine in Norway and five in Finland – have negative net migration in all age groups. Out-migration of young adults is seen in most of LLMAs, the exceptions being Umeå, Målsev, Joensuu and Oulu. The inflows of young adults in these regions reflect the presence of the universities in Umeå, Joensuu and Oulu and the army bases in Målselv. Despite this positive inflow, most of these LLMAs are unable to retain adults in the older age groups (30-64), except Oulu, which has positive net migration of older adults. On the contrary, the LLMAs of Bodø and Brønnøy in Norway and Iisalmi in Finland have a negative net migration of younger and older adults and positive of middle-age adults.

In regard to the independent labour markets, the municipalities of Steigen, Hasvik, Måsøy in Norway and Pertunmaa in Finland all have positive net migration for all age groups of the working population in 2018. As expected, in many municipalities (26) the working population in all age groups is shrinking. Among these, nine are in Sweden, 11 in Norway and six in Finland. An interesting finding is that 21 municipalities with out-migration of young adults do well at attracting middle-aged and older adults. This may suggest that young adults leave to pursue further education but some of them return afterwards. Another striking result is that eight municipalities have succeeded in attracting young adults. Among these, Kittilä in Finland stands out with the highest inflow of young adults. This may be the result of the Kittila mine that is the largest primary gold producer in Europe, and the tourism industry providing jobs in ski resorts.