The map shows the regional labour force (active population) as share of total population in the Arctic regions in 2016.

The active population includes all persons (aged 15 years old and over) with at least one current paid job or searching for one. 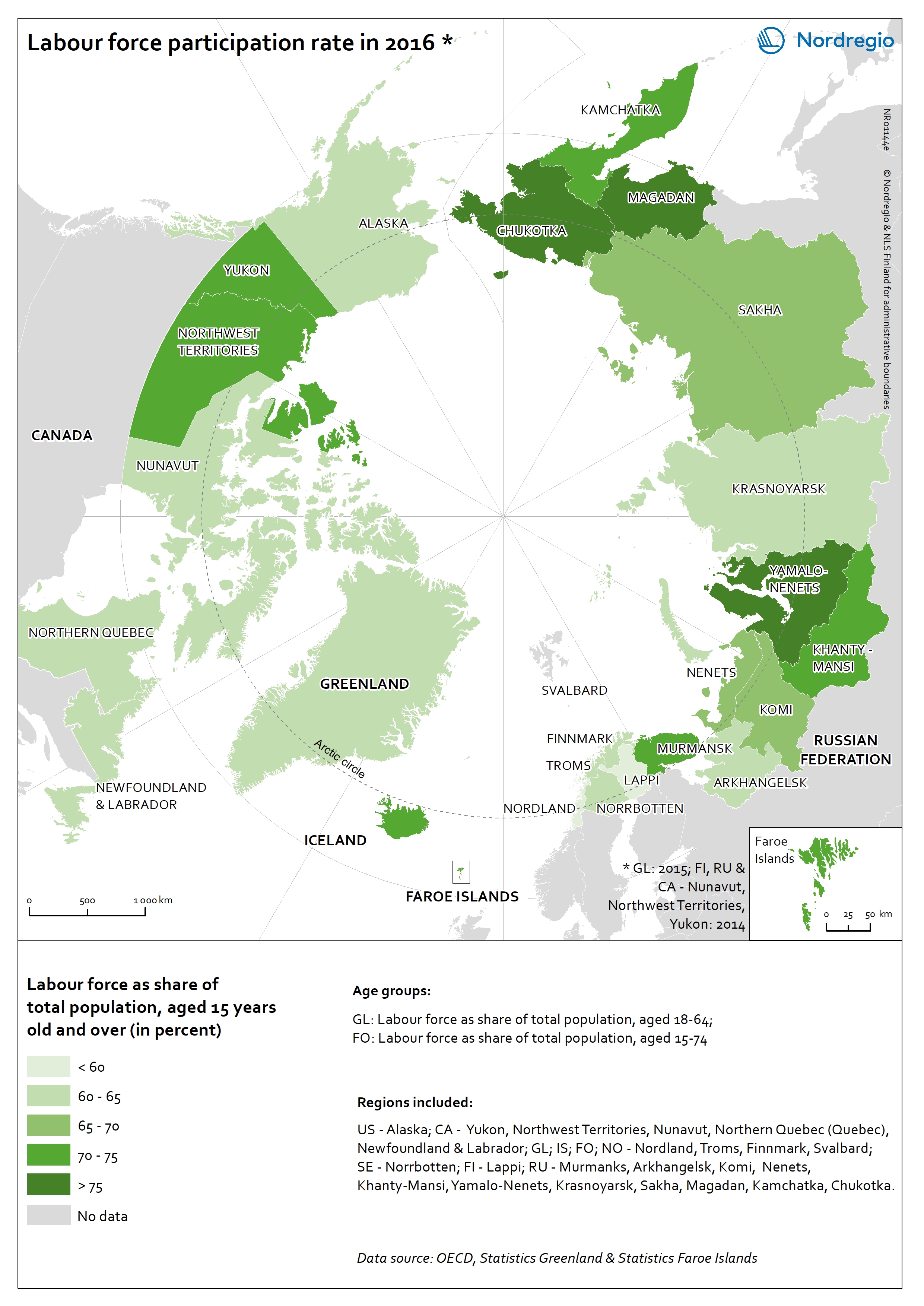