Life expectancy in the Arctic

The map shows the life expectancy at birth in the Arctic regions in 2012-2016.

As one of the UN Sustainable Development indicators for good health and well-being, life expectancy at birth measures the general health status of a population. Life expectancy at the national level is highly correlated to national income indicators such as GDP per capita. In the Arctic region, the life expectancy in 2012-2016 was 74,7 years. Regional differences are partly due to specific lifestyles, but also to the local environment, as well as the politics and institutions that influence the local economy, access to local services and care, general educational levels. In Iceland (82.5 years), Quebec (82,2 years) (Canada), Faroe Islands (82,1 years), as well as in Troms and Nordland (Norway), Norrbotten (Sweden), and Lapland (Finland), the life expectancy was the longest. Shortest life expectancy was in Chukotka (62,8 years) (Russian Federation). In general, life expectancy was shorter in the Russian Arctic than in the other Arctic regions because of the high mortality rates, especially among the working age population. The Russian Arctic had much higher rates of deaths from external causes (including accidents, murders, and suicide) than other countries. Moreover, the difference between males’ and females’ life expectancy was significantly higher in the Russian Arctic than in other Arctic regions. 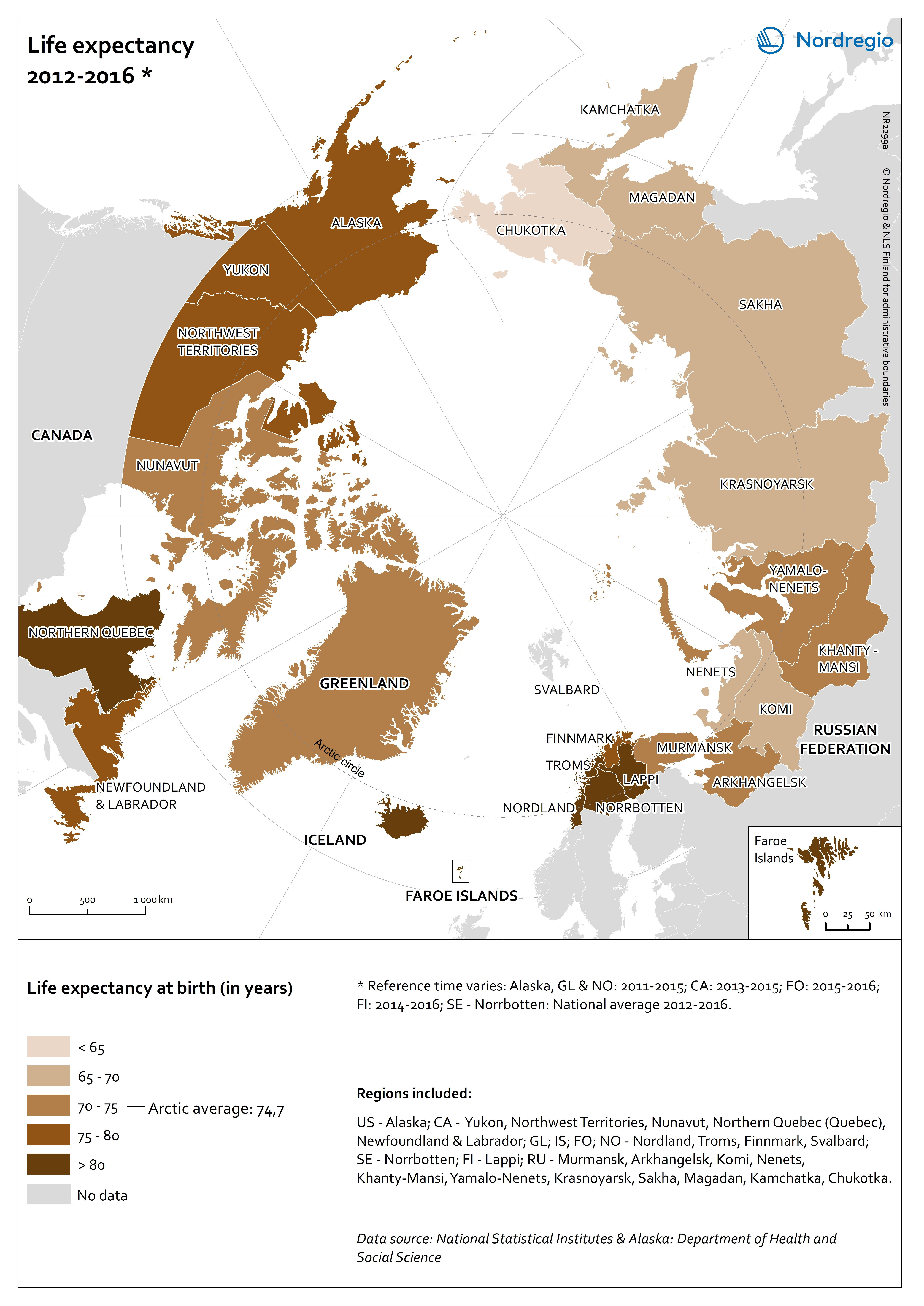