This map shows the number of females aged 25-64 with tertiary level educational attainment as a share of the total population aged 25-64 in Nordic municipalities and regions. 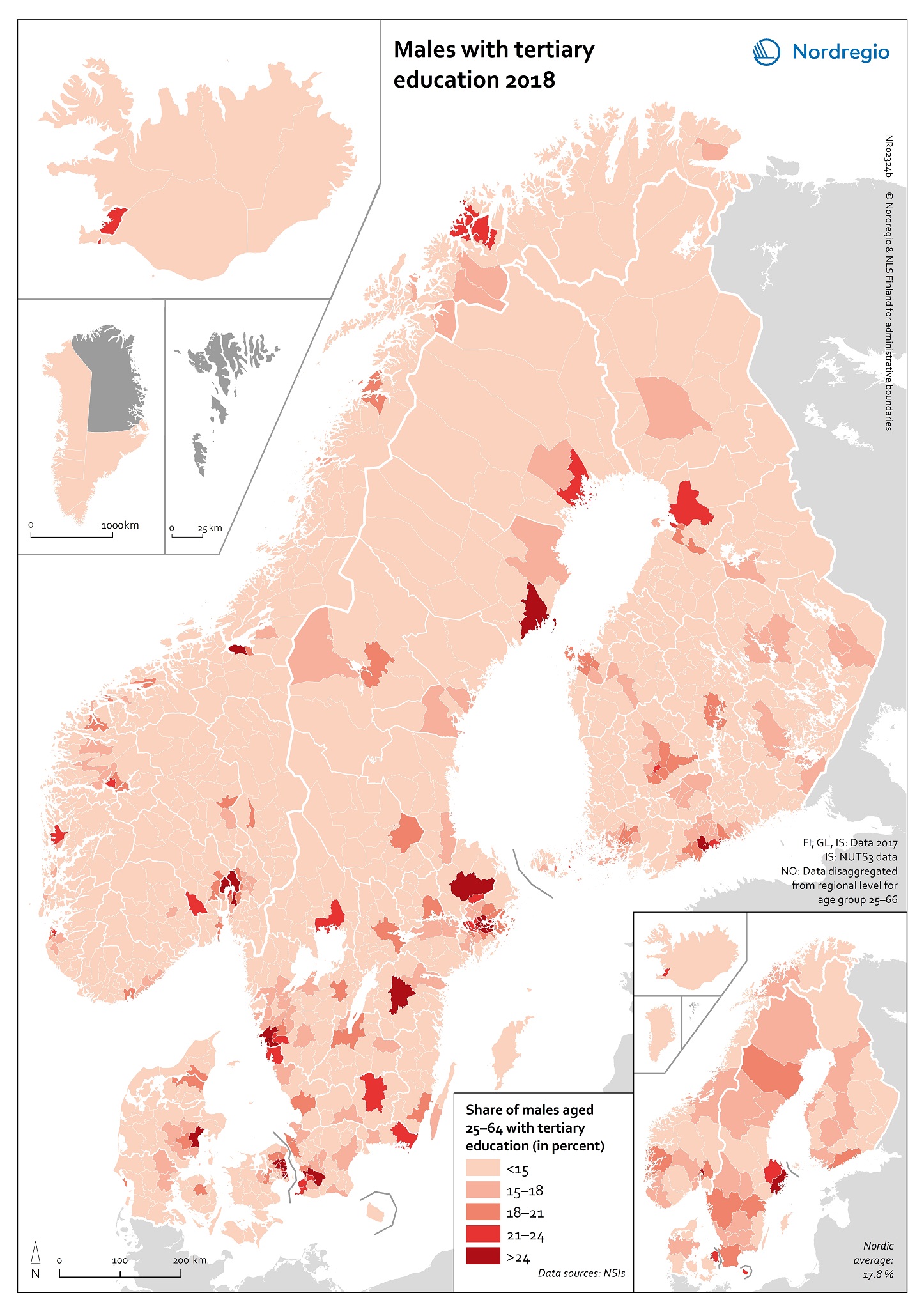 Darker red indicates higher a higher share of men with tertiary level education. Most people with higher education live in predominantly urban and university regions. The explanations for this can be found in the economic geography of these regions, which are comprised of universities and knowledge-intensive companies attracting research and high skilled labour.