Mobility changes due to COVID-19

This map shows the difference in mobility to workplaces between a weekday (April 23rd, 2020) and the corresponding weekday during the period January 7th to February 6th, 2020 (in percent). 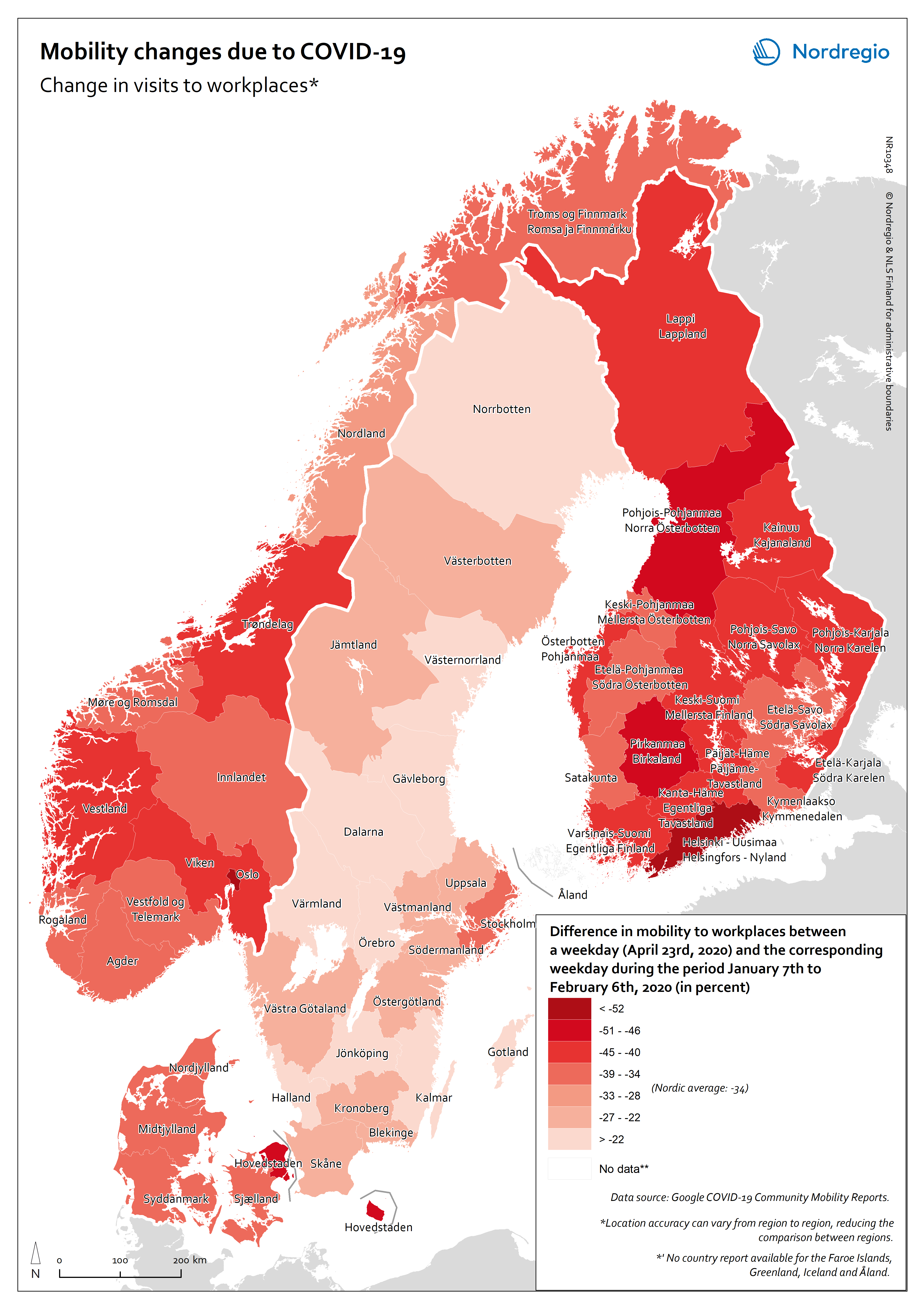 The data highlights the percent change in visits to workplaces within each administrative region in Denmark, Finland, Norway and Sweden. Data is not available for the Faroe Islands, Greenland, Iceland and Åland. Read more about the data here.

The average value of the Nordic regions included in the map is a reduction by 34% of the number of visits to workplaces on April 23rd (in comparison to a baseline). This average value hides large variations within the Nordic Region with the most modest change occurring in Gotland (-12%) and the most severe change in Oslo (-57%). More generally, variations can be identified both between and within countries. The variations between countries reveal differences in recommendations and restrictions from published by the different national governments. Details for each country have been gathered by Info Norden and can be found here. As a result, the change in visits to workplaces decreased by 26% in Sweden, 39% in Denmark, 41% in Norway and 47% in Finland. The variations within countries also reveal differences in government´s decisions (e.g. lockdown of the Helsinki-Uusimaa region reducing the mobility to workplaces by 53%), but not only. There are indeed a number of local characteristics of the labour markets that contribute at explaining that the largest changes in mobility to workplaces are found in capital city regions. These local characteristics are a greater dependency on public transport for commuters, who are adviced to avoid using such means of transportation under the COVID-19 context; and having a higher share of jobs that can be done by teleworking, among others.