This map shows total population change, based on natural increase and net migration, in Nordic municipalities from 2010-2016. 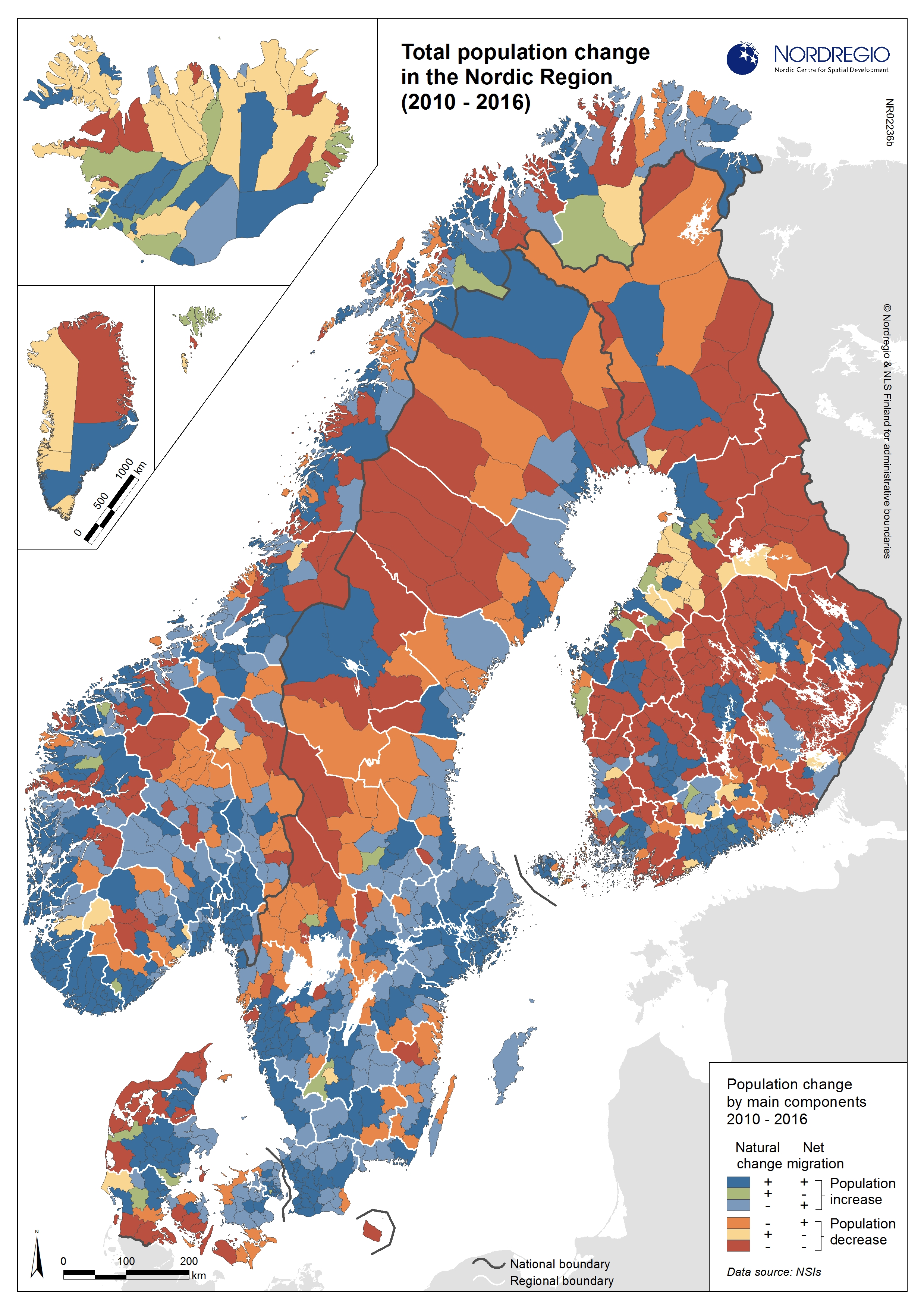