Natural population change in the Arctic

The map shows the annual natural population change rates in the Arctic subregions between 2013 and 2017. 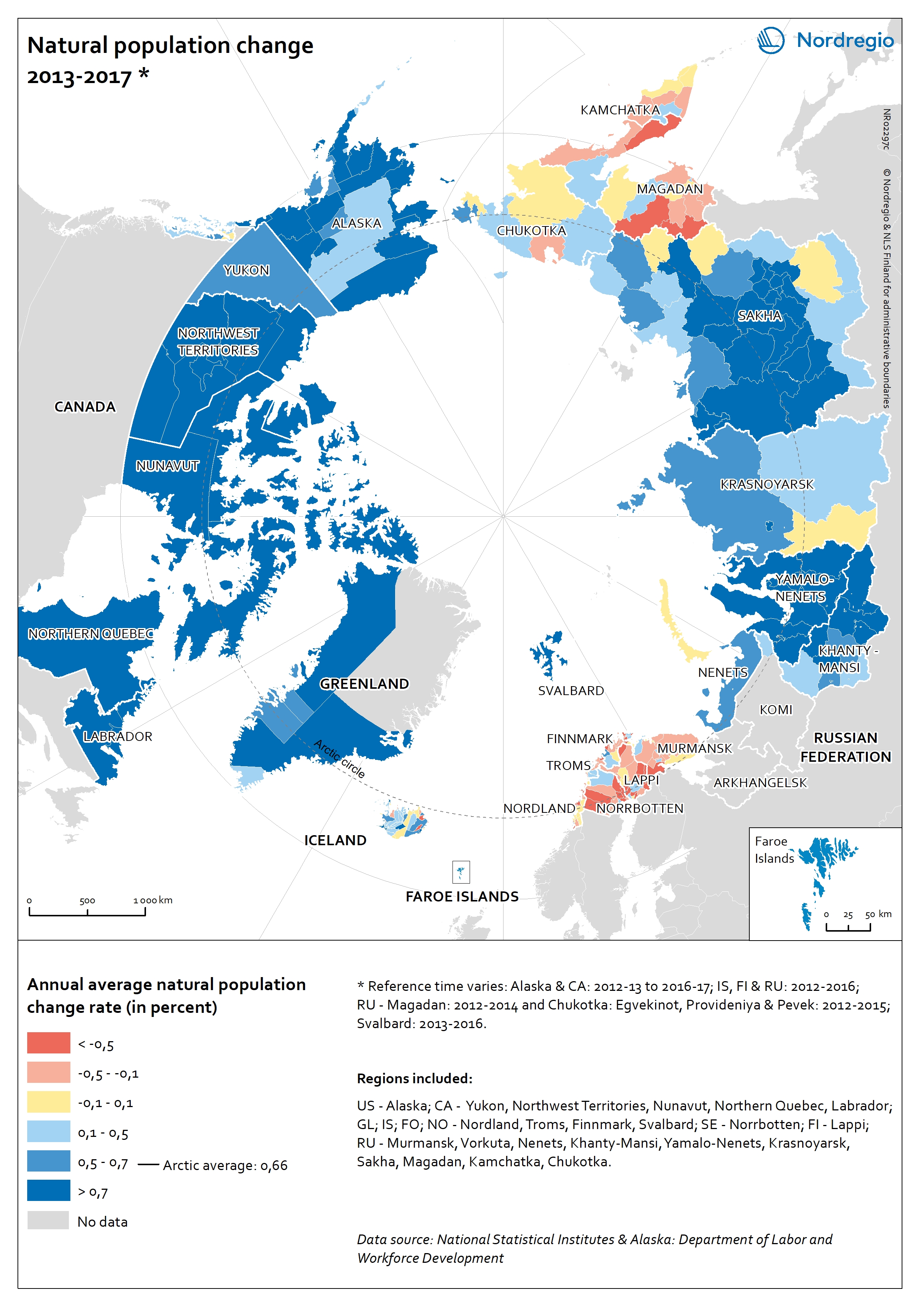