This map shows the percentage of the population aged 18-25 years who are neither in employment nor in education or training, the so-called “NEET” rate, in the Baltic Sea Region at the NUTS 2 level in 2016.

There are a range of reasons why a young person may become part of the “NEETs” group, including (but not limited to): complex personal or family related issues; young people’s greater vulnerability in the labour market during times of economic crisis; and the growing trend towards precarious forms of employment for young people. Successful reengagement of these young people with learning and/or the labour market is a key challenge for policy makers and is vital to reducing the risk of long-term unemployment and social exclusion later in life.

The map highlights two Polish regions, Podkarpackie and Warminsko-Mazurskie, as having the highest NEET rates in the BSR. High rates can also be found in several other Polish regions as well as the Northern and Eastern Finland Region. The lowest NEET rates in the Baltic Sea Region can be found in the Norwegian Capital Region, followed by several regions in Sweden, Norway and Denmark. 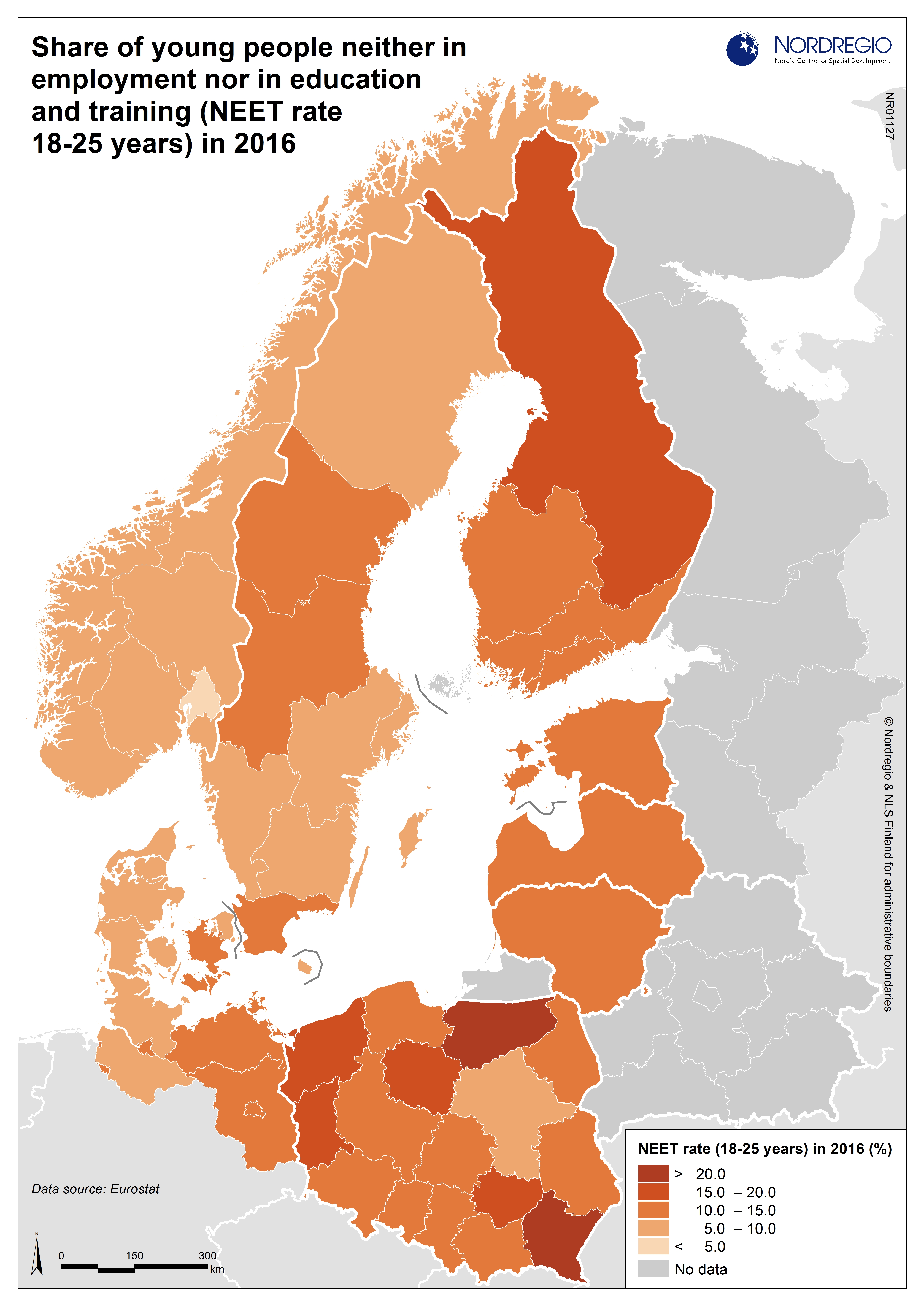