High rates of young people neither in employment nor education and training (NEET) are a growing concern in Europe as these figures represent young people’s exclusion from the labour market. In 2014, particularly high NEET rates were found in the Southern European countries of Italy, Macedonia, Greece, and Turkey. Europe’s lowest NEET rates were found in the Nordic countries (with the notable exception of Finland), Germany, the Netherlands, Luxembourg, Switzerland and Austria.

NEET rates in European countries in 2014

Young people neither in employment nor in education and training (NEET) 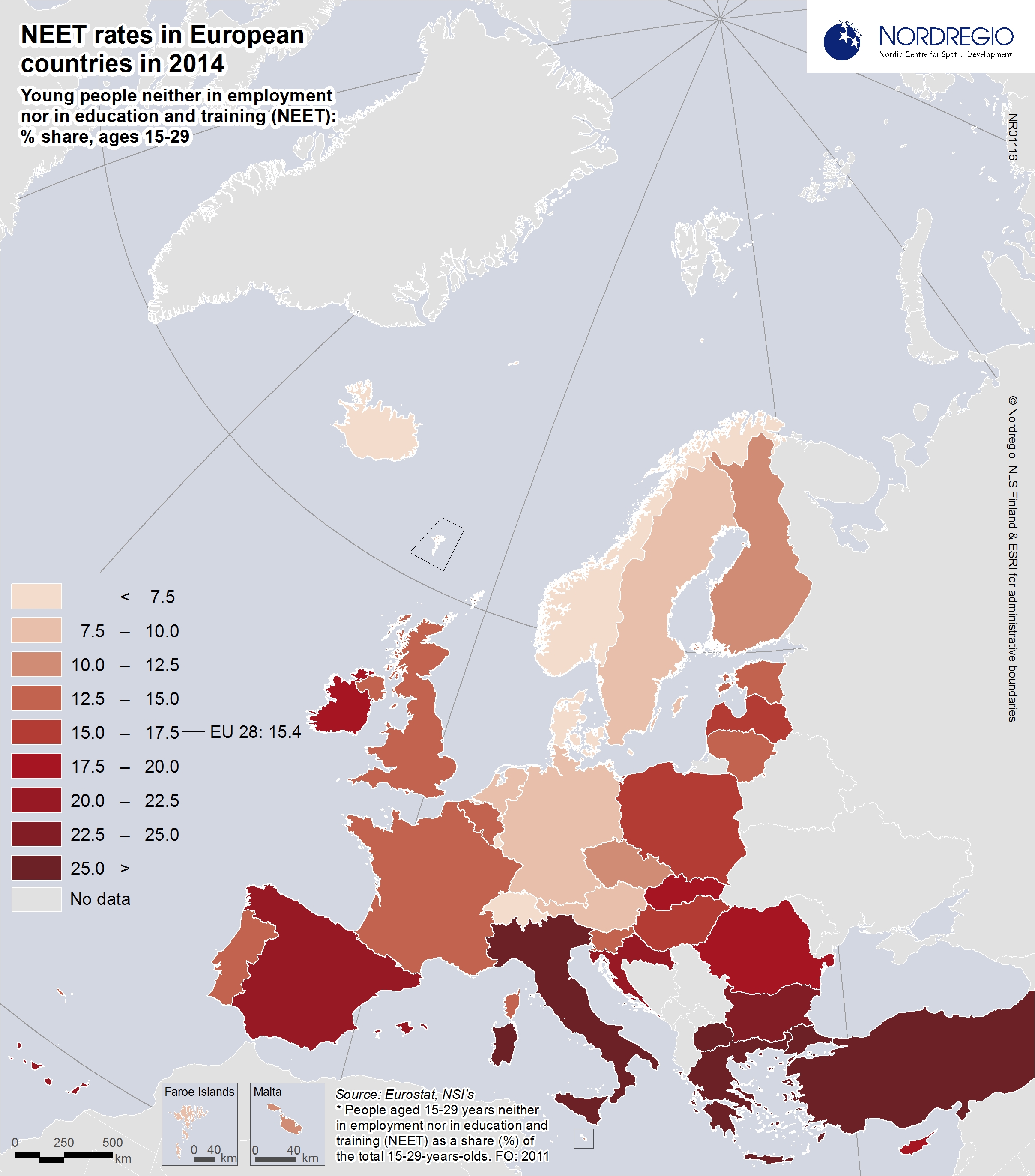