This map shows the average change (in percent) of net migration in the Baltic Sea Region at the regional level for two periods, 2002-2008 and 2009-2015. Since 2010, the long standing population drain of parts of eastern Germany has shifted to modestly positive growth. A number of peripheral regions in Norway, Sweden and Finland have seen a similar shift. In Poland, the number of urban areas that are growing has increased in the past five years.

Out-migration is increasing in all regions in Latvia and Lithuania and has now reached alarming proportions. In Estonia, the previously negative trend in Tallinn has reversed. Unfortunately, this appears to have come at a cost to the rest of the country which is experiencing population decrease. In Belarus, Minsk (both city and surroundings) is the only part of the country that has seen growth in in-migration. In BSR Russia the development in St Petersburg and Leningrad oblast is also improving year by year, whereas the opposite holds true for regions such as Murmansk and Karelia. 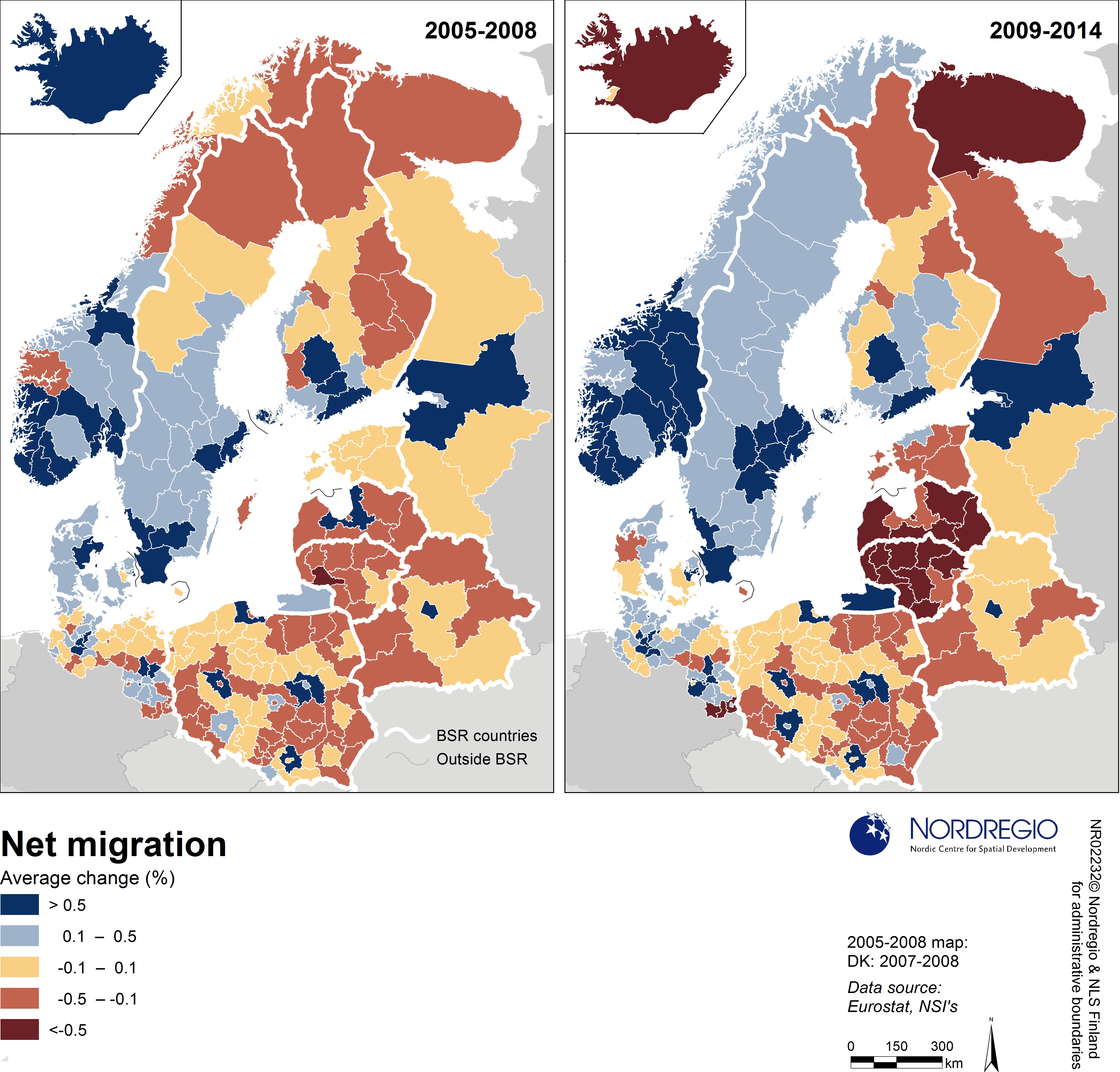