This map shows demographic vulnerability in Nordic-Baltic municipalities based on the indicator age-group 25-54 years. Under this indicator, municipalities are deemed to be vulnerable when the percentage of the population aged 25-54 years is less than 39.97 percent. In the majority of municipalities in the Nordic countries the share of the population in this age group is below the threshold, with the lowest numbers found in Finland and the northern part of Sweden. In the Baltic countries, Estonia and Latvia have larger shares of their population within the 25-54 year age group than Lithuania. The municipalities with the largest share of their populations in this age group are found mainly in the capital areas and some growing city-regions. 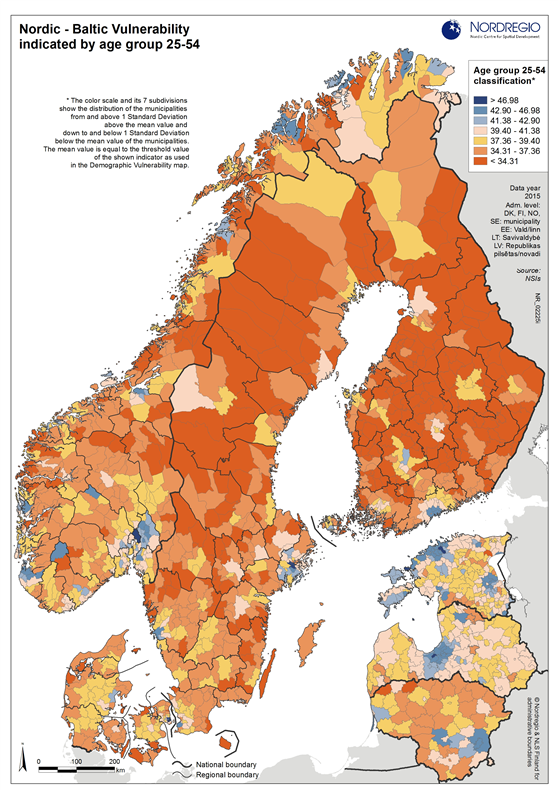